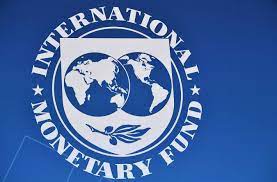 For countries with pegged exchange rates, the Fund, said, in its October 2022 Africa Regional Outlook Report that the amount of tightening needed will vary, but both monetary and fiscal policy should be consistent with supporting reserves and maintaining the credibility of the peg.

It also said for countries with more flexible arrangements, a sudden surge in capital outflows presents authorities with a choice between tightening monetary policy, letting the exchange rate depreciate, or intervening directly to support the currency.

“Intervention to smooth exchange rate volatility is a helpful part of the policy toolkit, but it is constrained in many cases by low foreign exchange reserves. Most countries have external positions that are weaker than justified by fundamentals and so could benefit from depreciation. In these countries, a mix of tightening and nominal depreciation might be preferable”.

So far, the Fund said monetary authorities throughout the region have indeed moved cautiously.

Over, two-thirds have started increasing policy rates to ensure that inflation and inflation expectations remain in check, but rate hikes have not kept pace with the pickup in headline inflation.

This caution, it stressed, is likely appropriate, given the supply-side origins of recent inflation and muted demand pressures.

But it urged authorities to still keep a close eye on possible second-round effects, as the costs of fighting inflation are typically much higher once inflation expectations become entrenched.

Inflation (year-on-year) shot up by 3.3% to 37.2% in the month of September, the Ghana Statistical Service has revealed.

According to the GSS, five groups recorded inflation rates higher than the national average in September 2022.

DISCLAIMER: The Views, Comments, Opinions, Contributions and Statements made by Readers and Contributors on this platform do not necessarily represent the views or policy of Multimedia Group Limited.
Tags:
Ghana
IMF
Monetary Policy
Zambia