Implementation of Cylinder Recirculation Module to begin in 2022 – NPA 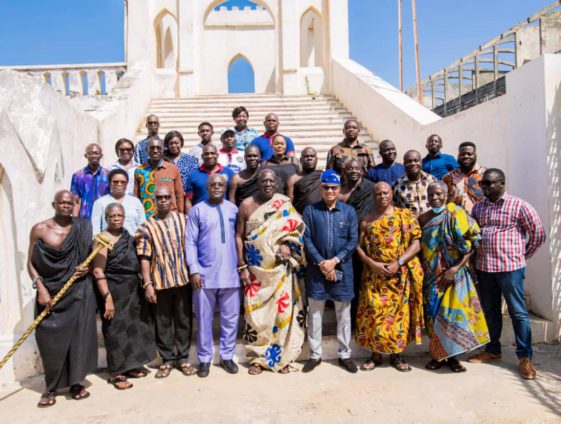 The National Petroleum Authority (NPA) says plans are underway to ensure that the Cylinder Recirculation Module takes effect from the second quarter of next year.

During a familiarization tour of the Central Region, Chief Executive of NPA, Dr Mustapha Abdul Hamid, said several factors contributed to the delay in the implementation of the initiative.

He explained that the Authority initially started a pilot project in six regions but suffered some setbacks in the area of the turnaround rate of the cylinders and the lack of bottling plants across the country.

He added that all challenges associated with the implementation will be addressed by the second quarter of next year to pave way for full operationalisation of the module.

“The NPA started a pilot project on the recirculation module in six regions, but to confess, the project suffered some setbacks because of the turnaround rate of cylinders.

“This was because we had very little cylinders in the system to commence the operation, and the NPA is working to ensure that effective next year, the module takes effect. There was also the challenge of the bottling plants.

He said the ban on the establishment of gas service stations across the country is before the cabinet waiting for the necessary road map to be implemented.

The NPA boss who was in the company of other directors of the Authority visited the site for the construction of the ultra-modern NPA office in the region.

The team also paid a courtesy call on the Oguamanhene, Osaberima Kwesi Attah II, where deliberations were held to ensure that the operations of the authority remains successful in the region.

They also engaged the Regional Police Command on ways to support the NPA in its operations in the region to ensure that service stations go according to the laid down processes outlined by the authority.

“The police are our partners in terms of monitoring the downstream petroleum industry in the Central Region. We have had very good interactions with them and going forward we are hoping to work together,” the NPA Boss said.

DISCLAIMER: The Views, Comments, Opinions, Contributions and Statements made by Readers and Contributors on this platform do not necessarily represent the views or policy of Multimedia Group Limited.
Tags:
Dr Mustapha Hamid
National Petroleum Authority