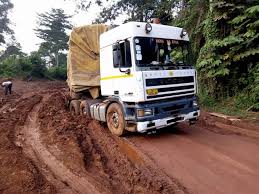 Traditional leaders in the Atwima Kwanwoma Constituency in the Ashanti region have said that fixing poor roads in the area will enhance the chances of the ruling NPP in winning massively in the constituency.

The people of Atwima Kwanwoma voted massively for President Akufo-Addo in 2016 with the hope that the deplorable state of roads in their constituency would be fixed.

Unfortunately until today, work remains slow on some of the roads awarded on contract in the 2020 budget.

However, Chief of Foase, Nana Frimpong Appiah Ampem the second, at a durbar in honour of President Akufo-Addo, said the NPP’s performance at the polls will partly be dependent on the state of roads in the area.

The Chief has therefore assured the people of Atwima Kwanwoma that no matter how long it takes, the NPP government would definitely fix their roads.

Roads Minister, Kwasi Amoako-Atta, has also assured the people that government will improve supervision for contractors to speed up work.