In Iran, life begins in the night 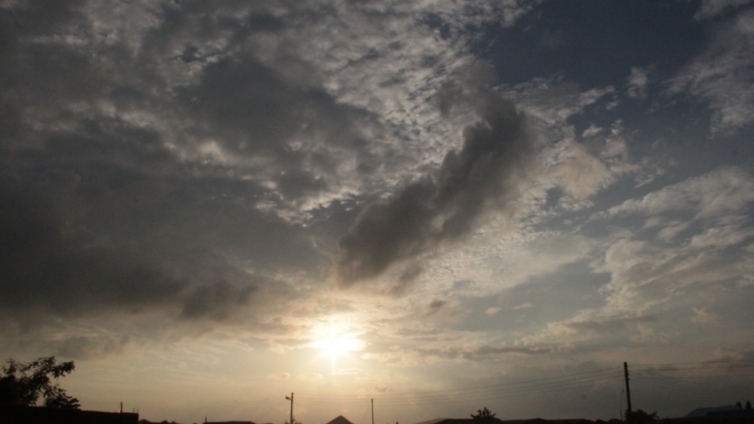 Some areas of Iran are experiencing higher temperatures, causing residents to spend the entire day home and only venture outside at night.

In order to cope with the rising temperatures, this is forcing residents to take two or more baths during the day.

Farmers, contractors and other professionals, however, face difficulties throughout the summer.

Shops, shopping centers and movie theaters are opened from 5 pm until even midnight – people used to dine out at night and stroll through parks until midnight too.

In most of the provinces, higher temperatures occasionally compel governmental offices to shorten their operating hours or close their doors entirely.

Due to a lack of amenities and the oppressive heat of 50 °C, the only thing most people can do in the province of Khuzestan’s small towns is stay indoors and utilise cooling equipment. There are instances of heat stroke as well.

A meteorologist with the Climate Without Borders network, Sarah Saadati, told JoyNews it is getting so hot in her hometown of Ahvaz. She said even energy metres and power switches are melting.

Sarah says due to the heat, the media would announce that people should stay home.

“Daily life virtually stops starting in the early afternoon, and nobody is seen on the street until the early evening.”

When there is no sunlight and no heat, she states, life then starts in the night.

“I went out today because it was necessary and urgent. After returning home, I took two showers,” she added.

Although Sarah believes the Khuzestan province is the place where hell is, she acknowledges that Iran is where she belongs and will spend the rest of her life.

On Wednesday, July 20, 2022, the temperature in Khuzestan province was 50 °C, and people only left their homes for important occasions.

Due to the heat and widespread usage of cooling devices, electric fires are frequent throughout the summer.

Sarah’s home has four air conditioners, but the good news is that energy costs less in Khuzestan province than elsewhere in the country.

She states that the province produces more than 70% of the country’s overall energy – both gas and oil are abundant there.

However, when there are frequent power outages, people become irate.

Parts of Iran saw extreme summer heat earlier this month, with highs in the 40°C range.

Sara, however, points out that despite it being incredibly challenging to survive, they have adjusted to the circumstances and adore the weather.

“I got burned in Paris when it was approximately 50 degrees since there was no air conditioning. I clearly recall taking a shower. I remember taking more than five showers.”

According to her, there were no facilities to deal with the heat.

Already known for its long, hot, dry summers and brief, chilly winters and cultural diversities, the country has a hot, dry climate.

“For example, though, Ahvaz is the hottest city in the world. Some highlands in Alborz and Zagros have below zero temperature,” Sarah said.

Approximately 60% of grain products like wheat, rice and barley are produced in Khuzestan province, which has the longest river and several dams.

Sarah explains the only issue in other provinces, as opposed to other regions of the country, is the heat and water scarcity.

“We live here and are delighted,” she remarked, adding that the only issue is the temperature.

DISCLAIMER: The Views, Comments, Opinions, Contributions and Statements made by Readers and Contributors on this platform do not necessarily represent the views or policy of Multimedia Group Limited.
Tags:
Hot temperature
Iran
Khuzestan Province
Sara Sadaati