In Italy prisons, conditions are poor, but theater is thriving 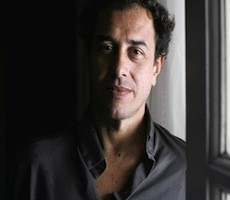 “For our next play, it’s either Xenophon, Aristophanes or 17th century French comedy — and I would like some opinions,” said the director to his troupe.

The actors sitting around a theater in Rome had just settled in to discuss future projects — and to mull over how the last production they participated in became a film that had narrowly missed out on being an Oscar nominee.

Keeping an eye on proceedings was a guard, since every performer was a convicted mobster or drug trafficker and the theater was in Rome’s high-security Rebibbia prison.

The inmates are part of an extraordinary reservoir of acting talent in Italian prisons — 110 theater groups have sprung up behind bars — which has overshadowed the country’s professional thespians even as prison conditions plummet amid overcrowding and underfunding.

“Italy leads Europe in prison theater, and without it the situation in jails here would be much worse,” said Carmelo Cantone, the head of prisons in the Italian region of Tuscany.

At Rebibbia, theater director Fabio Cavalli has pulled in 30,000 spectators since 2006 to watch plays staged by three theater groups he runs.

“That makes the prison one of Rome’s top 10 theaters,” said the former actor, who was first asked to direct inmates in plays a decade ago.

Cavalli’s rehearsals for and production of Shakespeare’s “Julius Caesar,” using convicts from the prison’s high-security organized crime wing, were the basis for “Caesar Must Die,” directed by Paolo and Vittorio Taviani, which won the Golden Bear award at the 2012 Berlin International Film Festival. The film was Italy’s candidate for the foreign-language Oscar this year, but failed to make the short list. It’s scheduled for release in Los Angeles on Feb. 22.

For Cavalli, who appears in the film, not a whole lot separates the violent gangsters he works with from professional actors.

“Convicts in the high-security wing, who hail from the Neapolitan Camorra, Sicilian Cosa Nostra, Calabrian ‘Ndrangheta and other clans, may not be cultured, but they are intelligent, have something to say and have great memories, leadership and powers of seduction,” said Cavalli. “So it is like working with professional actors.”

If Cavalli is extracting acting gold at Rebibbia, he believes that he is also giving something back.

“On average, 65% of Italian prisoners go back to committing crimes after their release, but for those who have acted in jail, it’s nearly zero,” he said.

That does not mean they can put their past behind them. One extra from “Caesar Must Die,” a Neapolitan camorrista, was shot dead after his release last summer.

Before the first meeting of the inmates in late January to pick their next play in the wake of the success of “Caesar Must Die,” Cavalli confided that tension in the group had risen.

“People lost their heads a bit thanks to the film’s success. Then some actors were transferred to other jails, including lead actor Cosimo Rega, and there has been a reshuffling of leadership in the acting group, which has a consequential effect on the hierarchy in the jail itself,” said Cavalli.

When the meeting kicked off, Cavalli sought to relax his stars by having them discuss their approach to acting. Many played down the idea that brash mobsters automatically make great actors.

“It’s more a Neapolitan thing. Stepping into a role comes naturally for Neapolitans,” said Giacomo Silvano, 40, one of the many Naples camorristi in the group, who was dressed fashionably in white jeans and blue polo neck, bore a passing resemblance to Richard Gere, and had the steady, unnerving stare typical of mafia members.

“It’s simple,” added Antonio Frasca, 33, also a Neapolitan, who is in his eighth year of a 26-year sentence for mafia crimes. “We are good because some of us have now been doing it in jail for years.”

Silvano also cited the deprived upbringing of many of the inmates and their long years behind bars as sources of inspiration. “People asked if we made the murder of Julius Caesar convincing because we’d killed people ourselves, but it is actually down to the suffering we have experienced,” he said.