Increase price of bag of cocoa to ¢1,500 or we smuggle it – Farmers 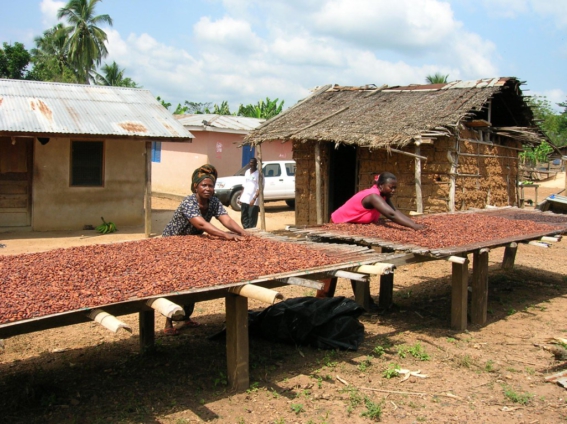 They said this is not enough.

According to them, an increase to ¢1,500 would have been appreciated.

He said his members are unhappy with the new rates and demand a further price adjustment.

“The government has put in some effort, but this is not enough for us. We were expecting about ¢1,500 so that we could at least have about ¢250 for welfare and ¢1250 in the pocket of the farmer.”

“How can the cocoa farmers decide on a price and then government sit elsewhere and quotes its price without consulting us? There was no dialogue whatsoever.

Our farmers are threatening to smuggle their produce to neighbouring countries if there is no further increment in the price.”

This is lower compared to the Ivory Coast which pegged its price at about, ¢858 for the same season.

Prior to the announcement, a bag of cocoa was selling for ¢660 a bag in Ghana.

However, following the announcement, some persons including the Ranking Member of Parliament’s Finance Committee have taken on the government.

According to him, the increment is not reflective of the hardships faced by the farmers.

Also, the People’s National Convention (PNC) has said it is unimpressed about the increment.

The party said the new farm gate price for the commodity is disrespectful to farmers.

“It is a very insulting and disrespectful gesture for cocoa farmers to sell their cocoa beans at, ¢800 per cocoa sack,” the party said in a statement issued on Thursday.

DISCLAIMER: The Views, Comments, Opinions, Contributions and Statements made by Readers and Contributors on this platform do not necessarily represent the views or policy of Multimedia Group Limited.
Tags:
Cocoa
Farmers
Government