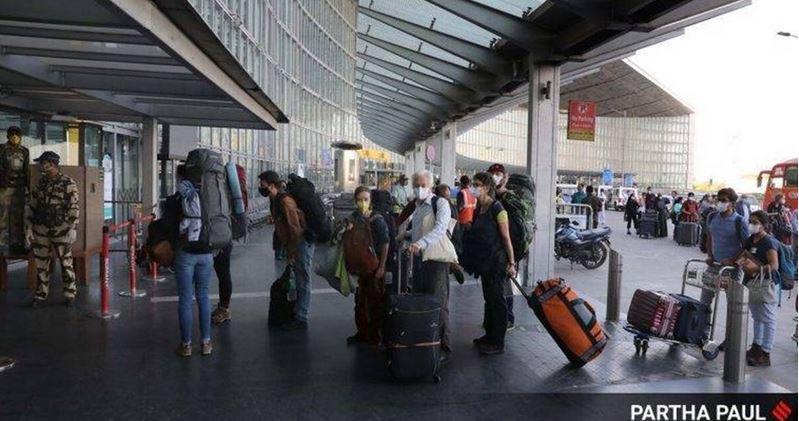 India has decided to impose reciprocity on the United Kingdom nationals arriving in the country from the UK, sources told The Indian Express. The new regulations will come into effect from October 4.

From October 4, all UK nationals arriving in India from the UK, irrespective of their vaccination status, will have to undergo mandatory home quarantine for 10 days upon arrival.

They will also have to undertake pre-departure Covid-19 RT-PCR test within 72 hours before travel, again at the airport on arrival and then on day 8 after the arrival.

Earlier, The Indian Express had reported that as India looks to restart tourist visas and allow international tourists after a gap of one-and-a-half years, “reciprocal tourism” may be the way forward.

The current move comes as the UK does not include India in its list of countries whose vaccines are recognised, which means people vaccinated with Covishield — the Indian variant of the Oxford-AstraZeneca vaccine manufactured under licence here — would be subject to restrictions applying to the unvaccinated.

From October 4, England’s current ‘traffic light’ system to screen those entering the country from red, amber or green countries — based on levels of Covid-19 risk — will be scrapped and replaced with a single red list.

So, from that day, besides the US and Europe, travellers from 17 countries with eligible vaccines, including Australia, Japan, Singapore and Malaysia, will be cleared to enter the UK if they have been vaccinated with one of the four approved vaccines — Oxford/AstraZeneca, Pfizer BioNTech, Moderna, or Janssen. India is not yet on that list.

After External Affairs Minister S Jaishankar raised the issue of non-recognition of Covishield with newly-appointed British Foreign Secretary Liz Truss, the UK updated its travel guidance, clarifying that the formulations of Covishield qualify it as an “approved” vaccine but not the Covid-19 certificates issued by India.

This means that Indian travellers will continue to be treated as “unvaccinated” and will still have to take a pre-departure RT-PCR test, further RT-PCR tests on Day 2 and Day 8 of arrival, and self-isolate at their destination address for 10 days after entry.