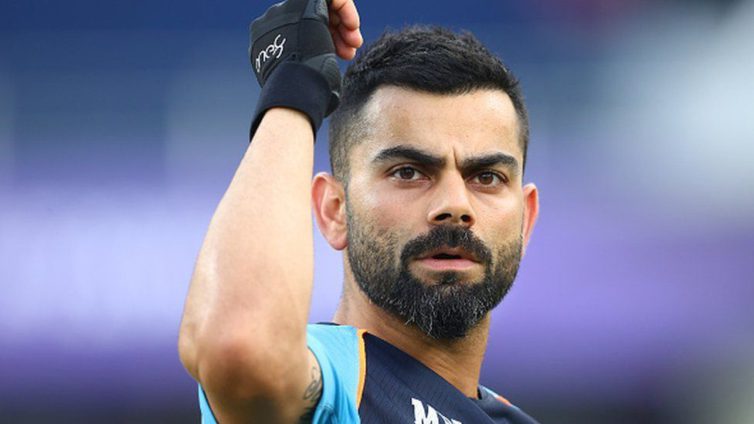 A man has been arrested for allegedly issuing online rape threats to the baby daughter of Indian cricket captain Virat Kohli after the team’s dismal performance in the T20 World Cup.

He was arrested from the southern city of Hyderabad on Wednesday.

The Indian team has faced a deluge of online abuse after losing back-to-back matches in the ongoing tournament.

The trolling appears to have begun after India’s loss to arch-rival Pakistan.

It was the first time India lost a match to Pakistan in a World Cup.

After entering as clear favourites to lift the trophy, the Indian team crashed out of the tournament, sparking shock and anger among fans back home.

Relations between India and Pakistan have always been frosty and a cricket match often sparks tensions.

Soon after the game against Pakistan ended, Mohammed Shami, the only Muslim in the Indian cricket team, was bitterly trolled and abused online. Some social media users even accused him of deliberately giving runs to the Pakistani team and labelled him a traitor.

Kohli was attacked after he spoke out against the incessant trolling of Shami – he criticised “spineless people” on social media for attacking Shami over his religion, and said the Indian team stood “200%” behind Shami.

His comments created a stir, and many irate fans directed angry messages at him and his wife, Bollywood actor Anushka Sharma. Sharma has also been trolled in the past when some fans blamed her for the Indian side’s disappointing performance.

Despite widespread trolling – especially against women, who have complained of receiving violent and graphic threats – arrests are rare.

Police said Wednesday’s arrest is part of an ongoing investigation in Mumbai city into several Twitter accounts that had allegedly made disparaging statements against Kohli and Sharma.

Kohli’s manager had filed a police complaint against the rape threat, posted from an anonymous handle. The Delhi Commission of Women had also sent a notice to the Delhi Police about the threat against the 10-month-old child.

According to local media reports, the 23-year-old man who was arrested is an engineer who lives in Hyderabad. After screenshots of his alleged rape threat went viral on social media, he reportedly changed his name on Twitter to pose as a resident of Pakistan. An Indian fact-checking website later identified him as Indian.

DISCLAIMER: The Views, Comments, Opinions, Contributions and Statements made by Readers and Contributors on this platform do not necessarily represent the views or policy of Multimedia Group Limited.
Tags:
India
Rape
T20 World Cup
Virat Kohli