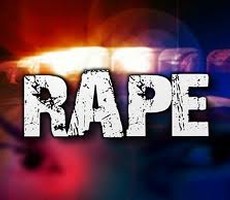 Indian police have arrested 13 people over the gang-rape of a 20-year-old woman, who was allegedly assaulted on the orders of tribal elders, police said Thursday.

The attack on Tuesday took place in a remote village in West Bengal state where the unmarried woman from the Santhal tribal group was suspected of a relationship with a Muslim man from a neighbouring village.

The elders, who comprise the informal village council, initially imposed a fine of 25,000 rupees (400 dollars) on her family, but they were unable to pay, district police superintendent C. Sudhakar told AFP.

“The girl was gang-raped for having an affair with a youth of another community and failing to pay the fine which was imposed by the village council,” he said.

“All 13 men, including the chief of the village council, who were named in the complaint before the police, were arrested,” Sudhakar said.

The attack again casts India's record on sexual violence into the spotlight after national outrage over the fatal gang-rape of a student in New Delhi in December 2012.

The incident also echoes an attack on a woman in neighbouring Pakistan in 2002 on orders of a village council to avenge her 12-year-old brother's alleged impropriety with a woman from a rival clan.

Six men were sentenced to death for the rape of the illiterate Pakistani woman Mukhtar Maiher in a landmark ruling there. But five were later acquitted and the main culprit had his sentence reduced to life imprisonment.

The incident in India took place in Subalpur village, about 240 kilometres (149 miles) west of state capital Kolkata, after the couple were discovered together.

“The head of the village council held an urgent meeting in the village square on Tuesday when the girl and her lover were called,” Sudhakar said.

“The girl and her lover were tied to two separate trees and fined 25,000 rupees each as a fine for having an affair,” he said.

“As the parents of the girl, who were also present at the meeting, expressed their inability to pay the fine, the head of the village council ordered that she should be raped by the villagers as punishment,” he said.

The man was freed after he agreed to pay the fine within a week, but the woman was taken to a shed where the attack was carried out, he said.

The woman, who was recovering in a local hospital in Birbhum district, identified to police all 13 attackers. They are expected to appear in a district session court in the nearby town of Bolpur later Thursday, Sudhakar said.

Last month, India marked the first anniversary of the death of the 23-year-old student who was gang-raped in New Delhi on a moving bus, in an attack that sent shockwaves across the nation.

Despite tougher laws and efforts to change attitudes to women in India's deeply patriarchal society, the number of reported sex crimes continues to rise.

In West Bengal's capital Kolkata, a teenager was gang-raped last year in two separate attacks and then died after being set on fire, sparking protests.

The 16-year-old was assaulted on October 26 and then again the next day by a group of six men near her family's home. She was later set on fire and died in a hospital on New Year's Eve.

Earlier this month, a Danish woman was allegedly gang-raped and robbed in the capital New Delhi after she became lost on her way back to her hotel. Six men have been arrested over that attack.