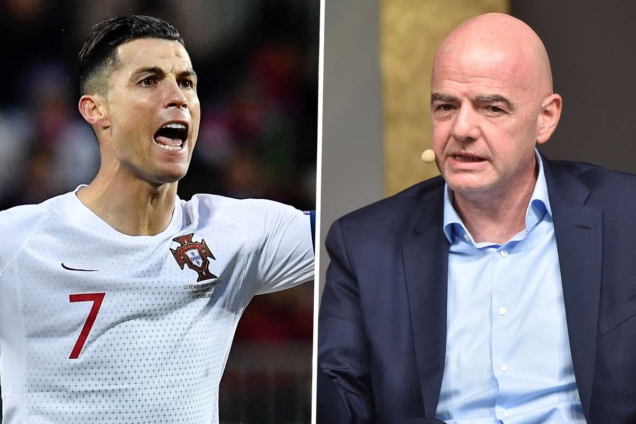 The 36-year-old hit two late goals against Republic of Ireland to turn defeat into victory in FIFA World Cup qualifying game and leap on to 111 goals for Portugal, two more than Iran legend Ali Daei, whose record had stood for 15 years.

“This achievement rewards an outstanding career of almost two decades representing your country at the highest level, which speaks of your tremendous commitment and dedication to your art and your incredible passion for football,” said FIFA President Gianni Infantino.

“In the process of breaking the record for the number of goals in men’s international football, you have become not only a national hero but an international icon and a role model for aspiring players all around the world. Your skills and consistent drive for improvement deserves global acclaim and admiration. Parabéns, Cristiano!”

Ronaldo has scored in nine major tournaments including World Cups and European Championships as well as the Confederations Cup and Nations League.