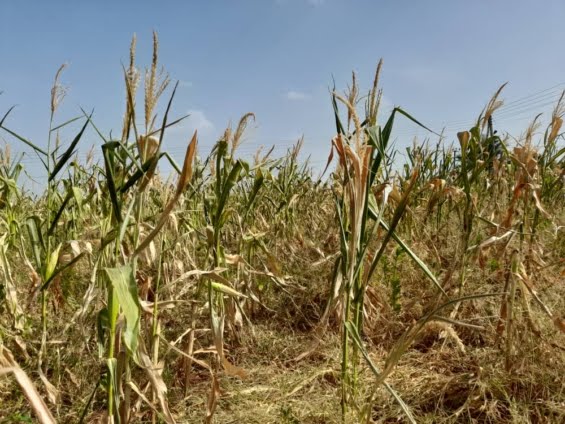 Though the unit costs of several low-emission technologies have fallen continuously since 2010, innovation has lagged in developing countries due to weaker enabling conditions.

The report also indicates that appropriate policies and global policies dealing with innovation systems have helped overcome the distributional, environmental and social impacts of the worldwide diffusion of low-emission technologies.

But developing countries are lagging due to what some experts say is weak entrepreneurial support systems that result in fragmented linkages to existing or potential climate technology markets.

They also believe that the lack of financial support for entrepreneurial activities makes it difficult to compete with the economies of scale of international companies.

Financial support and public education are required to remedy the weak links between research and innovation.

In 2015, the Conference of the Parties, also known as COP 21 and the Paris Climate Conference, invited the Board of the Green Climate Fund (GCF) to explore ways to facilitate access to environmentally sound technologies in developing countries.

They were also asked to undertake collaborative research and development that could assist in enhancing mitigation and adaptation measures.

The GCF has since focused on “considering projects and programs focusing on fostering innovation and technology for mitigation and adaptation.”

The IE Insights indicates in one of its publications that 177 projects were approved for $8.8 billion, with a total investment of more than $33.2 billion. About 66% of the 177 projects have a technology component, 43% are mitigation-based, 32% are adaptation-based, and 25% are cross-cutting.

The three main areas for investment in mitigation technology are energy production and access to power, forest and land use and building cities, industries, and appliances portfolio of projects.

According to IE Insights, the GCF’s technology portfolio is insufficient to foster breakthrough climate technologies in incubators and accelerators.

The Fund is also lagging on full support for Article 10 of the Paris Agreement, which advocates for acceleration, encouragement, and facilitation for an effective and long-term global response to climate change, promoting economic growth and sustainable development.

The IPCC report also highlights the progress made in aligning financial flows to the goals of the Paris Agreement, which it calls slow, and the tracking of climate finance flows is unevenly distributed among regions and sectors.

According to the Sixth report, global GHG emissions in 2030 associated with the implementation of nationally determined contributions (NDCs) announced before COP26 would make it likely that warming will exceed 1.5°C during the 21st century.

“Likely limiting warming to below 2°C would rely on a rapid acceleration of mitigation efforts after 2030. Policies implemented by the end of 2020 are projected to result in higher global GHG emissions than those implied by NDCs.” It said.

The over 3600-page report of the IPCC WGIII Sixth Assessment Report was released on Friday, 4, 2022.

The 17 chapters evaluate climate change mitigation, examine the sources of global emissions, and explain the evolution of efforts to reduce and mitigate emissions.

DISCLAIMER: The Views, Comments, Opinions, Contributions and Statements made by Readers and Contributors on this platform do not necessarily represent the views or policy of Multimedia Group Limited.
Tags:
Climate change
Developing countries