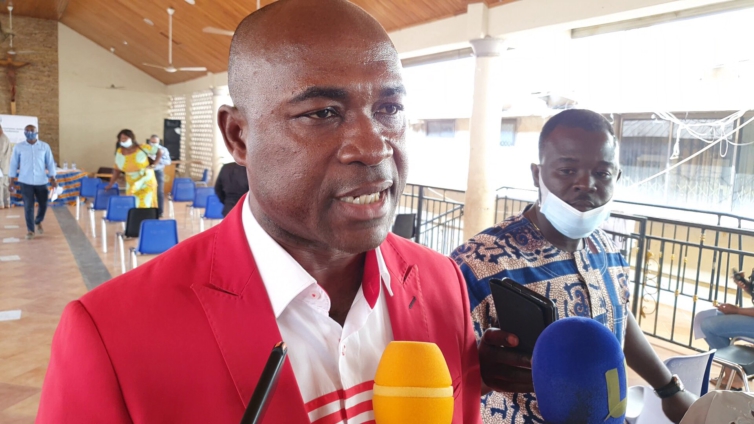 The National Association of Institutional Suppliers is demanding a 40 percent upward adjustment of supplies to Senior High Schools in the country.

National President, Steven Oware, notes that prices of supplied items have remained the same for the past 7 years.

He is worried about the adverse impact on their businesses.

“The prices of the items we supply which were fixed in August 2016 are still in use.

“For example, the price of a complete school uniform comprising khaki shorts and a shirt for a male adolescent is GHS 50.00. This includes taxes, administrative costs, transport procurement processes, sewing and delivery.

“We cannot pay our creditors and cannot even break even,” said Mr. Oware.

He revealed that calls to the Education Ministry have yielded no results.

“We have since 2018 been writing to make several requests for upward adjustment of the prices and have in a couple of occasions met the Ministers of Education and the Deputy Director General of the GES on this issue but nothing concrete has been done about the demands,” he said.

Mr. Oware spoke at the maiden annual national conference of the Association in Kumasi.

He also bemoaned the non-payment of arrears since July last year.

“Since July 2021, food suppliers have not been paid. School uniforms supplied as far back as June 2021 are in arrears.

“Those who contracted bank loans for their businesses are in huge debts resulting from defaulting payments and rising interest charges,” he said.

He revealed that suppliers still have stock of exercise books, house jerseys and school clothes since the government took supplies of the items in the advent of the free SHS.

“Since the government took over the supplies of these items they were left with piles of printed exercise books and house jerseys in stock,” Mr. Oware said.

One of the affected persons, Mrs. Gladys Appiah-Ansah said she had laid off over 20 of her workers due to the situation.

“I had a printing press with more than 20 workers but I have laid them off due to the collapse of the business,” she recounted.

The conference is under the theme: “The role of suppliers in the implementation of the free senior high school policy”.