IntelAfrique: The MMDCEs list, matters arising and the way forward for local government 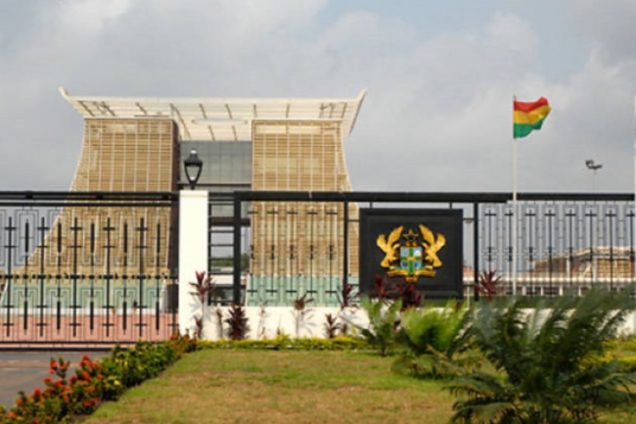 Since 1988, Ghana has along with several other African countries, ventured into the territory of local government reforms (Awal, 2020) in a calculated attempt to engineer better structures to administer or achieve decentralization.

After three decades of pursuing those reforms, recently culminated with the passage of the Local Government Amendment Bill 2017 which restored the President’s discretionary power to revoke the appointment of appointees to District Assemblies, what has changed in the local governance structure in Ghana? What have we achieved and what is the way forward, if the dreams the forebearers are to be achieved?

The paper then continues with an appreciation of President Akufo-Addo’s list of Metropolitan, Municipal and District Chief Executives (MMDCEs) and a proposal on way forward for local governance in Ghana.

First of all, there is no denying the fact observed by (Awal, 2020) that the current structure of local governments across the country makes them weak and unaccountable to the people they are to serve. The very fact that the appointments of Chief Executives of local governments are made from Accra, creates a zero-sum game to the detriment of the Assemblies and the people.

The appointees do not have a fixed term of office and serve at the pleasure of the President. This ties their loyalty to the appointing authority instead of those they serve. The law also ensures that the Chief Executive can take office without properly enjoying the endorsement of the Assembly—this has been achieved by requiring multiple votes to be taken in case the President’s appointee is rejected at the initial vote.

The embarrassing spectacle that ensued at the Ada East elections in 2017 leading to Sarah Pobee taking office amid supposed national security operatives locking out voting assembly members is an offspring of this position in the law. Even with subsequent Presidents imposing their party favourites on local assemblies, they have failed to allocate adequate resources to them to ensure the effective administration of the Assemblies.

In his paper written under the auspices of the Center for Democratic Development, (Awal 2020) found that the assemblies are still in dire need of an increase and improvement in national and sector resource allocation. They also need to “strengthen data collection, performance monitoring and accountability systems.”

He writes that “these reforms in the administrative and fiscal accountability relationship between central and local governments would have the greatest potential to engender responsive local governance and better, accountable service delivery.”

The paper also backed the long calls for elections of MMDCEs—which brings me to the next section of this brief, which is: what has been done in most recent times to achieve proper and accountable decentralization at the grassroots of government?

In 2004, the J.A. Kufuor administration took a radical step in achieving development at the local level with a non-conventional move. MPs were allocated 5% of the District Assemblies’ Common Fund. The duty of legislators is to make law but since they are the closest senior government official elected by the people, the demand for development has been placed at their doorstep, in lieu of the chance to elect their MMDCEs.

The lack of tracking for these funds as observed by (Appiah-Agyekum, 2013) has made this reform a mere paper one as the effect has not materialized on the ground.

In 2010, The Atta-Mills-Mahama administration set up a Constitutional Review Commission to solicit views for thorough amendment of the Constitution. Chapter 9 of the White Paper deals with local government. To boost the accountability of Chief Executives to the people, the Commission recommended the public election of Metropolitan Chief Executives.

The government rejected this and rather was of the view that “Article 243 (1) of the Constitution should be amended for the President to nominate a minimum of 5 persons who would be vetted by the Public Services Commission (PSC) for competence after which 3 nominees would contest in a public election.” The work of the Commission was never implemented until the National Democratic Congress (NDC) lost power to the governing New Patriotic Party (NPP) in 2016.

President Akufo-Addo in 2019 sort to make the biggest reform in the administration of local government since independence, by making the position available on a universal adult’s suffrage basis. The government and the opposition NDC agreed that the election should be on a partisan basis. Only a 2/3 majority in Parliament was needed to push through the amendment for MMDCEs election, however, the decision to allow political parties to participate in the said election needed a referendum with an overwhelming majority of voters approving it.

The NDC’s last-minute U-turn to campaign for ‘NO’ in the referendum led President Akufo-Addo to abandon the entire amendment altogether which has led to the need for continuous appointment by the President.

In 2021, the appointment was delayed by 9 months which courted bad press for the government. The release of the list itself has raised even more questions. Topical among them is the gender question. Out of 260 nominees, only 38, representing 14.6% were female. Dan Botwe, Minister for Local Government, Decentralization and Rural Development, in response to critics who chastised the President for not ensuring better women representation, said women should show more interest in politics and express more zeal to take up positions of responsibility in government; he is right.

In the 8th Parliament, a meagre 14.54% of women are represented in the House. This is what universal adult’s suffrage achieved, almost exactly the percentage nominated by the President. The data, therefore, does not support the invectives directed at the President for the low women representation on the MMDCEs list. Another rather bizarre argument being advanced by critics is the President should have stuck exactly to the recommendations of the Committee he set up to advise him on the MMDCEs nomination.

Firstly, the President is not bound by the advice of Committees or Councils with which he works. As explained by the Supreme Court in GBA & Others v. AG, it is merely a piece of advice and not binding on him. Besides that, the vetting committee set up is not a constitutional body to bind the president in any way whatsoever as seen in Akufo-Addo’s rejection of a number of the recommended nominees.

In the Volta Region, for instance, the number of non-recommended persons outweighed the number of first choice recommendations who were selected, raising questions about how effective the so-called consultation was, also evident in the protests that followed the publication of the list.

What then is the way forward for administering local governments to ensure proper accountability to the people and not an appointing authority?  Research is replete in this area and the consensus among scholars is that MMDCEs must be elected by universal adults’ suffrage to ensure accountability to the people. Also, practical devolution and fiscal decentralization should be prioritized by lawmakers and the executive. Electing the MMDCEs on a partisan basis as proposed by Akufo-Addo in 2019 and holding such elections in the mid-terms of the President has the benefit of keeping the administration to higher standards since they have an election to win every 2 years instead of the regular 4-year interval which is a winner-takes-all system.

IntelAfrique Limited is a Political Advisory firm in Ghana and offering diverse skill sets and astute knowledge of the West African sub-region.

DISCLAIMER: The Views, Comments, Opinions, Contributions and Statements made by Readers and Contributors on this platform do not necessarily represent the views or policy of Multimedia Group Limited.
Tags:
IntelAfrique
Local governance
MMDCEs