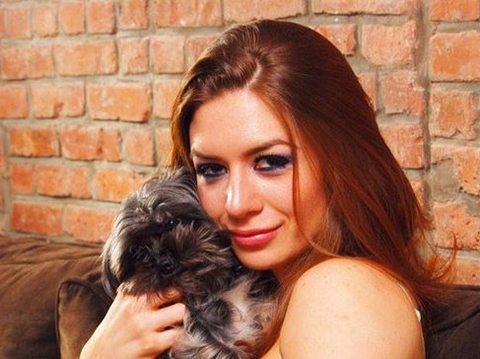 Paige A. Jennings, who moonlights as "Veronica Vain," quit her internship with Lazard Asset Management this month to pursue a career in the adult-film industry.

Jennings worked as a part-time intern in Lazard's alternative-investments marketing group in New York. She was with Lazard from June 2, 2014, until Jan. 9, 2015, Business Insider has learned.

On Twitter, Jennings said that she "quit [Wall Street] before it fired me."

NewsCult first reported that Jennings had posted nude selfies from inside the bathroom of Lazard's offices on her Twitter account. Those selfies were taken down from Jennings' Twitter, but screenshots of them still exist on NewsCult's site [again, NSFW].

In an interview with BroBible, Jennings said that she didn't expect her coworkers to find the photos since they weren't actually attached to her real name.

"I had already put in my two weeks’ notice and was sticking around to tie up some loose ends," she said. "My boss’s boss called me over the phone with an HR lady. I had a pretty good reputation intellectually, and this executive was aware of that. However, he obviously couldn’t have me coming back to the office when likely just about everyone had seen me half naked online," she told BroBible.

Jennings also told BroBible that she hopes to make her debut in the adult-film industry on "The Sex Factor," a reality porn-competition show. She said that she's been called back for a final casting. She also said she's been talking to agents in the industry.

She previously worked as a stripper, but didn't see it as "a viable career path." One day she said she might want to start an "adult-industry-centered venture-capital fund."