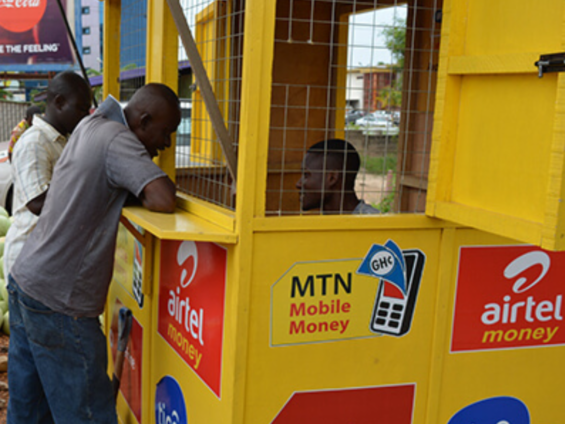 Mobile Money Agents Association has called on the government to involve them in the SIM re-registration process.

Speaking on The Probe on JoyNews, the Public Relations Officer (PRO) for the Association, Charles Kwesi Addo explained that involving against would help fast-track the registration process to help increase the number of registered SIM cards.

“It would be important for the government to put out steps so that mobile money agents across the country could be added in other to streamline the activity of SIM reregistration.”

“The number (of registered SIM cards) is still not encouraging. They should up their game and bring in more channels to help with this exercise,” Mr Addo said.

This comes after the deadline for SIM re-registration was once again extended.

According to the Communications and Digitalisation Minister, the final deadline is September 30. This she says should give people adequate time to register all their SIMs.

She said on Sunday that the failure of the public to register their cards by the deadline will attract some punishment including barring users from receiving certain services including voice and data services.

She highlighted some issues including; the negligence of Ghanaians to register till the initial deadlines, the delay in issuance of Ghana cards, long queues at registration centres among others, as some challenges that face the re-registration process.

Meanwhile, Mr Addo is doubtful that the SIM re-registration process will be successfully completed by the end of September.

He explained that there are many people who have genuine issues either in obtaining a Ghana Card or making changes to theirs which continues to persist, especially because the National Identification Authority has no deadline for issuing cards.

“If that happens, automatically it is still going to delay the exercise. Even though we know we have recalcitrant citizens, we have genuine issues to look at. If the NIA don’t have streamlined measures or timelines, then it also tells us that same issue will be present in September.”

Mr Addo said that it is for this reason and others that the Mobile Money Operators called for a December 2022 or January 2023 deadline.

“We wrote a petition to see if it could be extended to December. Maybe the new date will be subjected to review,” he added.