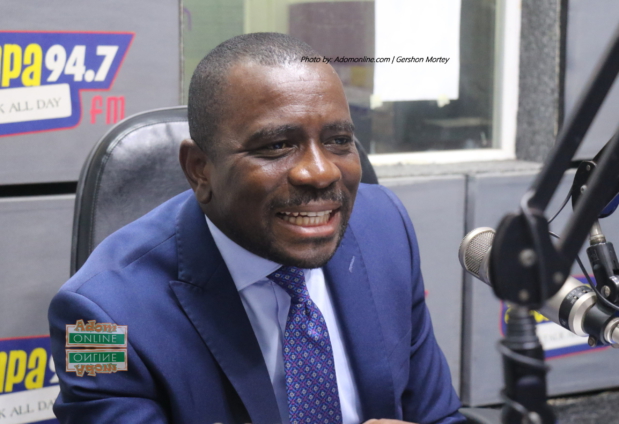 Chairperson of Parliament’s Select Committee on Road and Transport has questioned individuals and groups who are resisting the National Road Safety Authority’s intent to reintroduce the mandatory tow levy.

Kennedy Osei Nyarko in an interview on Joy FM’s Super Morning Show Friday expressed worry about the spate of road accidents and its detrimental effects on the country’s human resources.

According to him, following the public uproar of on government’s decision to charge all owners of motor vehicles, for the purpose of towing broken down or disabled vehicles on the roads the nation has come to importance of it.

For him, lives of the citizenry must be prioritized above anything else.

“We shouldn’t pretend or assume that money; the GH₵20.00 that government was going to charge on small vehicles, the GH₵40.00 for trotro, the GH₵80.00 for intercity buses, GH₵200.00 on heavy duties trucks are worth more than the lives of humans in this country.

“So if that money is not worth the life of anybody, then I do not think we have an issue here. Because if you lose your loved one due to a careless driver who did not remove his car from the road after it broke down and [your loved one’s car] runs into it and lose his or her life, you will appreciate this tow levy,” he told hosts Winston Amoah and Kojo Yankson.

The Akim Swedru legislator further expressed satisfaction that after four years, the matter has been raised again to give the country a chance to address the issue head on.

Stationary vehicles is said to have caused 11 per cent of accidents recorded in the first three months of 2021 alone.

As a results, the NRSA is planning to re-introduce the mandatory tow levy that was vehemently rejected by a section of Ghanaians in 2017.

Speaking on the same show, Executive Director and founder of Toptech Transport & Logistics has called on the Minister for Roads and Highway, Kwasi Amoako-Atta to re-evaluate the mandatory towing levy.

Cecil Garbrah is of the view that owners of brand new vehicles should not be allowed to pay the mandatory towing levy.

“I understand the government that, look, in every country, road safety can make the country rich. But as for this one alone, they should sit down and look at it. Who is going to pay? According to him, brand new vehicles are strong enough, unlike home-used vehicles that have to be towed off the roads every now and then.

DISCLAIMER: The Views, Comments, Opinions, Contributions and Statements made by Readers and Contributors on this platform do not necessarily represent the views or policy of Multimedia Group Limited.
Tags:
Kennedy Osei Nyarko
Mandatory Tow Levy
Road accidents