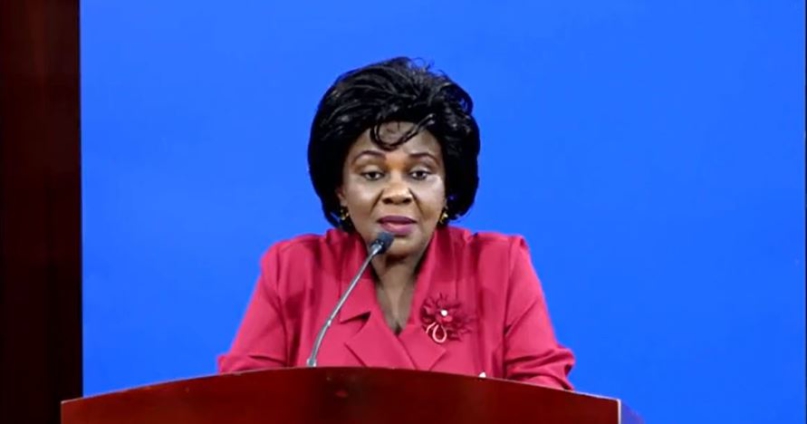 Cecilia Abena Dapaah is the Sanitation and Water Resources Minister

The Sanitation and Water Resources Minister, Cecilia Abena Dapaah, has expressed worry over the lack of adequate household toilet facilities in the country.

She noted that this situation is a major setback in the fight against open defecation.

According to her, it is instructive and binding for each home to have a safely managed toilet, because it is a human right as declared by the United Nations.

While making an urgent call on people to pay critical attention to issues of sanitation in their immediate environs, she said the Ministry, has already initiated the construction of toilet projects through policies such as the Greater Accra Metropolitan Area Sanitation and Water Project (GAMA-SWP).

She assured the general public of the Ministry’s commitment to ensuring that every household gets a toilet facility to help reduce the menace of open defecation.

“The ‘GAMA Project’ which was started in Greater Accra has contributed 57% with regard to the provision of household toilets. In fact, per the by-laws of the Assemblies, every house should have a toilet.

“It beats my imagination that in this 21st Century, we still have people with homes without toilets. That’s why we have introduced the bio-digesters; they need a small place to be fixed and one can cater for six people,” she said.

She prayed against any cholera or dysentery outbreak and stressed that “we want to save lives, we want people to be healthy; hence, the washing of hands and making sure you have a toilet in your home.”

“I am sure even after the project, the engineers are on hand to help families and homes that want to build some of these toilets in their homes,” she added.