It is injustice for Africa to suffer the brunt of climate change - LSE Policy and Communication Director - MyJoyOnline.com 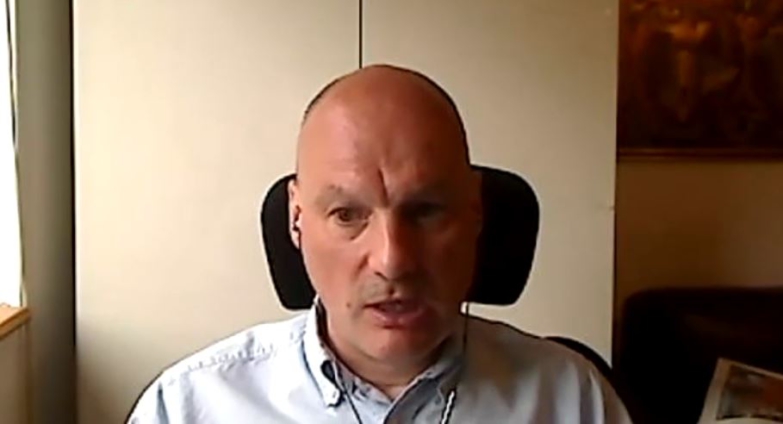 Policy Communications Director at the Grantham Research Institute of Climate Change and Environment at the London School of Economic, Bob Ward

One of the injustices of climate change is that those who contribute least to the problem are those who are hardest hit by the impacts.

Those were the words of Bob Ward, Policy Communications Director at the Grantham Research Institute of Climate Change and Environment at the London School of Economics.

He says the most responsible countries should help vulnerable countries like Ghana to deal with the impacts of climate change.

“It is one of the great injustices of climate change that those that contributed least to creating the problem are those who are, unfortunately, being hit the hardest by the impacts.

This is a great injustice and those who are most responsible, those in the rich countries who have done most to create the problem should be helping those countries who are most exposed and vulnerable to the impact to deal with these impacts.”

Bob says, it is basic justice and the fact that the rich countries are not doing their job is really outrageous.

“The rich countries cannot be left of the hook and they have to up the mobilization of finance both from public and private sources and speed this up to invest. It makes sense because we all have to deal with this problem.”

According to LSE Policy and Communication Director, if any part of the world is vulnerable to climate change, we are all at risk because countries that become destabilized due to drought leads to famine, population displacement and conflict.

“We know that this affects the whole world. A world that is full of conflict is not a peaceful and prosperous world. And then the whole world, then deals with the consequences, it is in our best interest around the world to help avoid those kinds of circumstances.

Recent droughts and torrential rains that have affected farmers and poor people are just two scenarios of what scientists describe as climate change.

According to a draft report from the world’s leading climate scientists, global heating will significantly reshape life in the next decades, even if greenhouse gas emissions are subject to some control.

The Intergovernmental Panel on Climate Change is preparing an historic report that will be released in phases this year and next year.

A draft of the IPCC report was leaked to Agence France-Presse, which reported on its findings on Thursday.
The draft warns: “Life on Earth can recover from a drastic climate shift by evolving into new species and creating new ecosystems … humans cannot.”

“Tipping point in the climate system is where you get to a temperature which will make a very substantive change and you can’t stop it anymore or reverse it or it starts to accelerate and there are circumstances under which, for instance, you can flip local climate,” Bob says.

Bob says the leaked draft report doesn’t surprise him because it is based on all the evidence.
“I mean essentially it’s a review of all the evidence that’s published and it’s summarizing in a very clear way for policymakers. The final version is due to be published next year.”
According to Bob, the Intergovernmental Panel on Climate Change (IPCC) report is in three parts.

The first one will deal with the physical science of climate change. The second is impacts and adaptation and the third one is the climate change mitigation which is about how to reduce emission.

“The first one the physical science is due to be published soon.”

Bob wants Ghana and other Africa countries to demand investment and support because the next three decades will see climate change get worse.