It takes a courageous leader to let go of power – Prof. Awortwi 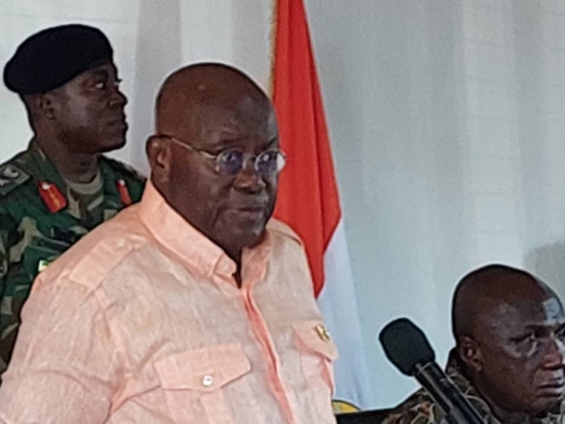 The Director of the Institute of Local Government Service, Professor Nicholas Awortwi, says it takes a courageous leader to voluntarily dilute their power for the advancement of a decentralized system of governance.

He was speaking in reference to President Akufo-Addo’s determination to ensure that the 1992 constitution is amended to allow for the election of mayors at the local government level based on a multi-party system rather than the current system where they are appointed by the ruling government.

Describing Article 553 PNDC law 207 as a military regime export which does not reflect the multi-party democratic dispensation of Ghana, he noted that it is time for its amendment.

According to him, its continuous existence in Ghana’s political system has created the tendency where those in power use it to their advantage to appoint their foot soldiers and cronies into local government systems.

Speaking on JoyNews’ PM Express, Prof. Awortwi said, “once a system is put in place and that system benefits some individuals and institutions there’s a tendency for them to hold on to that institution and to not change it because it benefits some people.

“And that’s why we have seen political parties, anytime they’re in opposition they want that change. But when they’re in government, they want it maintained so that they could use the opportunity that it provides to provide jobs for party foot soldiers, for those who actually campaign for them so to fill in the political positions.

“So once you have that political advantage, you wouldn’t want to lose it. And then you will need courage, you will need a leader who says I want to let my power go. And I have done this research in other places. In many countries, especially in Latin America, when they moved from appointment of Mayors to election of Mayors it was a time when the government knew that it was going to lose elections and it did.”

However, following stiff opposition from the National Democratic Congress and other civil society organization who had raised concerns that the introduction of a multi-party system would increase the polarization of politics in Ghana, the referendum was abandoned.

According to Prof. Awortwi, currently, consensus building is ongoing in order to reach a common agreement on the fate of politics at the local government level, as the President has expressed determination to have mayors elected.

DISCLAIMER: The Views, Comments, Opinions, Contributions and Statements made by Readers and Contributors on this platform do not necessarily represent the views or policy of Multimedia Group Limited.
Tags:
Local government
Professor Nicholas Awortwi