'It would be better for him to move on' - Jamie Carragher urges Eddie Nketiah to leave Arsenal - MyJoyOnline.com 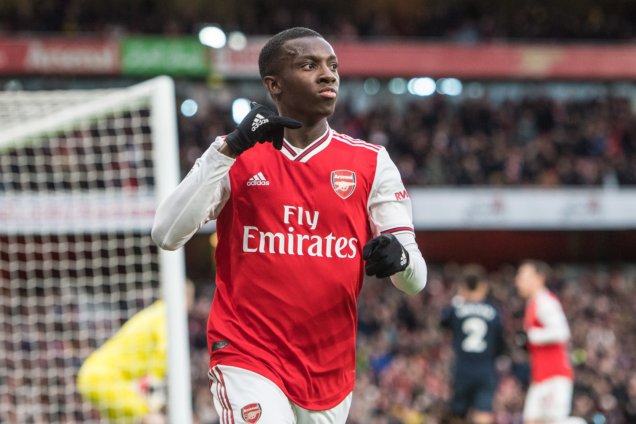 Former Liverpool defender, Jamie Carragher, has asked Eddie Nketiah to leave Arsenal in the summer to achieve his target of being a first-choice forward.

Nketiah has struggled for game time all season under Mikel Arteta this season, playing as a second fiddle in the early part of the 2021/22 season.

The English-born Ghanaian’s contract with the North Londoners expires at the end of the season and Arsenal are said to be in talks to extend his deal but Carragher believes a transfer away from the Emirates Stadium will be the best for Nketiah to become a top striker.

“Yes [Arsenal should try to keep him] but I don’t think he’ll ever end up first-choice striker, so I think it would be better for him to move on,” Carragher told Sky Sports.

The 22-year-old netted nine times for Arsenal this season, including four in 18 games in the Premier League. Nketiah scored twice against Chelsea as well as Leeds United and was also involved in games against Manchester United and West Ham United.