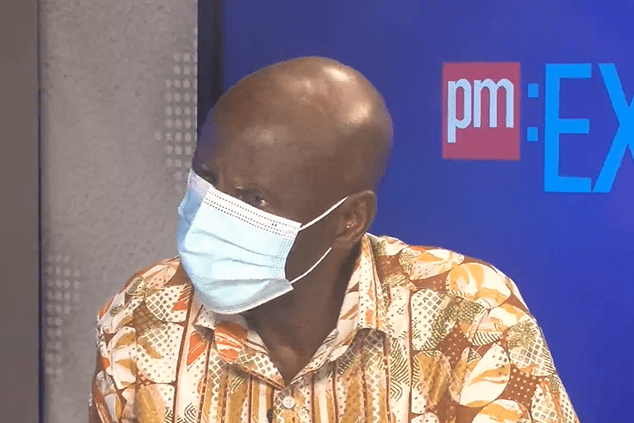 A Pro-LGBT+ Rights advocate, Akoto Ampaw has dismissed claims that his campaign for the withdrawal of a Bill that seeks to criminalize LGBT+ activities in the country is for personal financial gains.

The private legal practitioner has suffered backlash from some section of the public after he, together with several other professionals, submitted a memo to parliament kicking against the Promotion of Proper Sexual Rights and Ghanaian Family Values Bill 2021.

Key among those making the allegation is the Member of Parliament for Ningo Prampram, Sam George.

“They claim they are doing this on the basis of principles, I say it’s a financial monetary principle because if you have principles, your principles will show constantly in your activism. I have given instances over the past ten months when they’ve not spoken, they’ve been silent.

“Today, because there’s LGBT money to be paid, they’ve found their voices,” the lawmaker, who is among those sponsoring the Anti-LGBT+ Bill said in an interview with Accra-based Starr FM.

But Lawyer Akoto Ampaw, rejecting the claim, insists his position on the matter is based on principles.

According to him, his advocacy for LGBT+ rights in the country is in defense of the independence and sovereignty of Ghana.

“Everybody who really knows me knows that I’m not a pimp. I don’t take money from other people to carry out other people’s agenda. I fight for principle…It is ridiculous for people to be suggesting that we have gone and collected money in order to promote this fight,” he said in an interview with state-broadcaster GTV.

The Pro-LGBT group is made up of professionals in various fields including law and academia.

Among other things, they fear that the Bill, when passed, will lead to human rights violations.

“The bill violates virtually all the key fundamental freedoms guaranteed under the constitution, namely the right to freedom of speech and expression, the right to assemble, freedom of association and the right to organise.

“Again, it hinders freedom from discrimination and the right to human dignity,” Mr Ampaw said at a press conference earlier in October.

The anti-LGBT+ Bill, sponsored by some Members of Parliament, has already courted support from various religious groups and individuals in society.

If the Bill is passed, people of the same sex who engage in sexual activity risk being fined or serving a jail term between three to five years.

DISCLAIMER: The Views, Comments, Opinions, Contributions and Statements made by Readers and Contributors on this platform do not necessarily represent the views or policy of Multimedia Group Limited.
Tags:
Akoto Ampaw
Anti-LGBTQ Bill