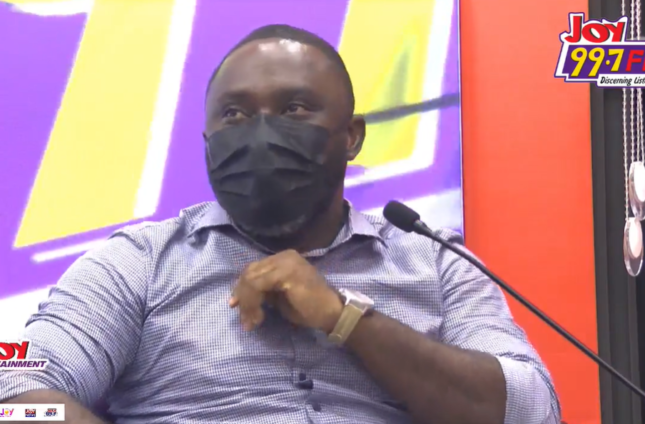 Entertainment Pundit Jesse Agyepong is cautioning Ghanaians to not look at role models and/or celebrities as generalists whose whole lives are worth emulating.

Speaking on Showbiz A-Z he said that the fact that someone is picking a role model does not mean that they need to emulate the person’s life and lifestyle in its entirety.

The marketing and brand expert explained that people can choose which section of someone’s life they like to apply to theirs especially if they relate to that story.

“So my caution is that role models must not be seen as generalists, it’s wrong to do that.  Let’s say you’ve got somebody who is a good person, charitable person fantastic individual, like Mikki Osei Berko, do you know that there is somebody out there who might be offended by the fact that Mikki says ‘I am single’?”

“Someone might say that if he is single by this time then Mikki is irresponsible and therefore he is not a good role model. Maybe you might pick like a pastor, let’s say Duncan-Williams or Mensa Otabil, somebody will say those are good role models. But there is someone who might not also plug into everything he does.”

Mr Agyepong said that children should be urged to pick or emulate the good characteristics they see in someone they consider a role model.

Using Bukom Banku as an example, he said that the boxer has many parts to him including being known for skin bleaching, a political figure and someone who exhibits how much impact a person can make regardless of where they come from.

“So if my son comes to me and says ‘Daddy I want to be popular like Bukom Banku’, he hasn’t said he wants to bleach like him. So I will ask why do you want to be like him? He says ‘daddy I want to be a boxer’. There is nothing wrong with that. That is why I say he is not a generalist.”

His comment comes after many people began questioning who a role model should be after Akuapem Poloo’s conviction.

The social media sensation was handed a 90 days jail term by an Accra Circuit Court for taking nude pictures with her son and posting them on her Instagram page.

Some people raised questions about the lifestyle of celebrities and how much their actions might affect young lives.

Mr Agyepong however urged celebrities to be honest about the lifestyle they live stating that it is important they do not communicate a life different from what they are living.

Citing an example, he said that if a celebrity makes $1000 in a day and spends all of it in one night in a club, the young person watching this celebrity might want to emulate.

“For me, it will be important to say, as an example, that here is my $1million contract that I got. I promised myself a good time when I get the deal, so, I am picking ¢10,000 off the one million to go chill. When you’ve done that you communicate to the child that savings are good, don’t spend it all.”

He stated that there is nothing wrong with being in debt, however, if a person communicates riches and a life of ease, it is effective to communicate to young ones watching what it entails, so they do not fall prey to such lifestyles.

DISCLAIMER: The Views, Comments, Opinions, Contributions and Statements made by Readers and Contributors on this platform do not necessarily represent the views or policy of Multimedia Group Limited.
Tags:
Akuapem Poloo
Jesse Agyepong
Role Models
Showbiz A-Z