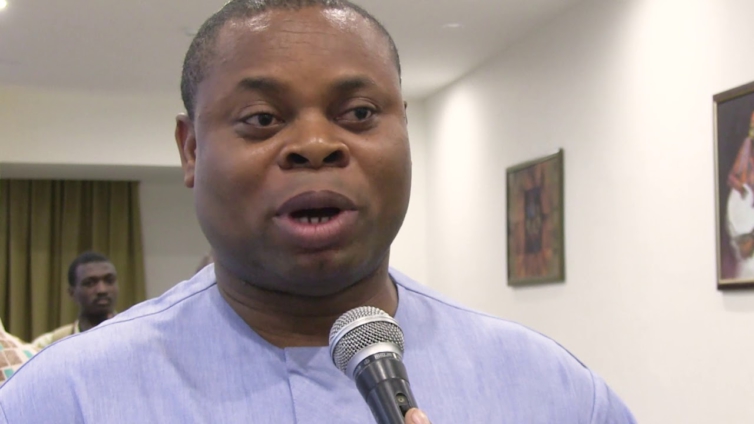 Founding President of IMANI Centre for Policy and Education, Franklin Cudjoe says he has suffered a “haircut” of over ¢100,000 on his investment with EDC.

Mr. Cudjoe said the loss is due to the Marked to Market value currently being implemented.

“I have been given a haircut of a little over 100,000 cedis in my EDC investment made over the years based on Marked to Market value.

“My fund manager adds a note rather painfully, that  ‘Investors that choose to remain in the fund until Ghana’s macroeconomic health and bond prices improve are not likely to realize these losses.’,” he posted.

Mr. Cudjoe in the same post added it will take at least 8 years for the current “economic mess” to be rectified.

He explained this requires the current government and succeeding ones to focus on solving problems rather than achieving political points.

“Folks, based on IMANI’s analysis of government handling of finances from 2010 to 2022, leading to the publication of IMANI’s  Fiscal Recklessness Index,  this means waiting for at least 8 years for governments not to be so reckless in pretending to manage the economy.

“And this will be hoping against hope.  Until we fix our broken political system that rewards cheap sloganeering with limitless tax and borrowed funds to be splurged at will, we are going no where.,” he added.

The programme which was announced by the Finance Minister, Ken Ofori-Atta on Sunday, aims at realigning some domestic bonds.

This, when achieved, will give the government fiscal space ahead of the bailout package from the International Monetary Fund (IMF).

Mr. Ofori-Atta in a subsequent presser on Monday, said the government was inviting “holders of domestic debt to voluntarily exchange approximately GH¢137 billion of the domestic notes and bonds of the Republic, including E.S.L.A. and Daakye bonds, for a package of New Bonds to be issued by the Republic.”

The domestic debt exchange programme, which is a Government initiative seeks to classify domestic bonds into four categories to create fiscal space as part of preparations to qualify Ghana for an IMF facility.