I’ve had my fair share of heartbreaks – Adom FM presenter 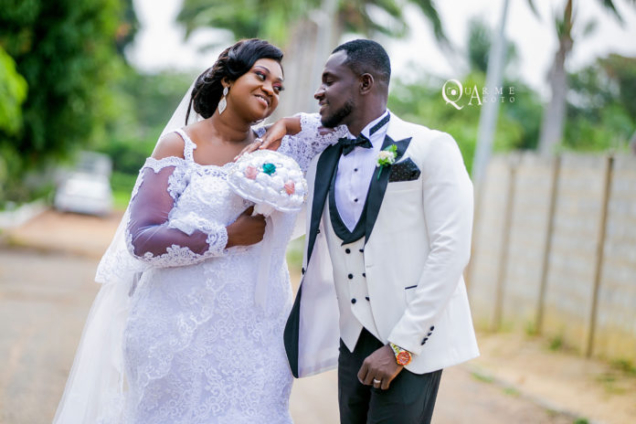 “I have also been disappointed and some women have hurt me too, so I have equally suffered,” he said.

The renowned broadcaster was reacting to assertions that he broke the hearts of many women. He was speaking in an interview on Adom TV’s M’ashyase3 show with host, Afia Amankwa Tamakloe.

According to him, but for the intervention of his sisters and father, he would not have survived what he suffered at the hands of some women.

Although the presenter did not provide details, he indicated that the situation was so bad that he almost gave up on his career and relationship.

Jerry Justice further stated that he almost gave up on his marriage with his wife, Leticia with whom he tied the knot on September 29, 2019, as history almost repeated itself at a time in their relationship.

However, Bra Jerry, as he is affectionately called, expressed appreciation to God for helping him to endure all the troubles that came his way, before he finally found true love in now, Mrs Mensah.

The presenter said not marrying Mrs Mensah would have been one of his greatest regrets, adding that his wife has been a blessing to him ever since they met.

“My wife is God-sent and I always thank God for her life, because it has been one goodness after the other these past years,” he revealed.

DISCLAIMER: The Views, Comments, Opinions, Contributions and Statements made by Readers and Contributors on this platform do not necessarily represent the views or policy of Multimedia Group Limited.
Tags:
Adom FM Presenter
Adom TV’s M’ashyase3 show
Jerry Justice
Share of Heartbreaks