‘Jackass Forever’ laughs its way to No. 1 at box office 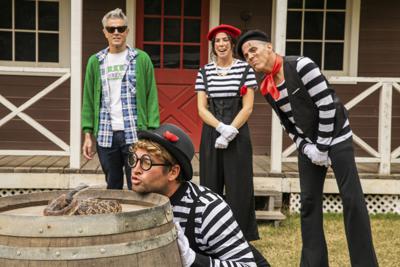 Not even a global pandemic or a 12-year hiatus could stop the Jackass guys at the box office.

“Jackass Forever,” the fourth movie in the anarchic series earned $23.5 million in ticket sales in its first weekend in theaters, according to studio estimates Sunday.

It not only exceeded expectations but also easily bested its other main competitors, the big budget sci-fi spectacle “Moonfall” and “Spider-Man: No Way Home,” which has 6 of its 8 weeks in theaters at No. 1.

“Jackass Forever” brings back Johnny Knoxville, Steve-O, Chris Pontius and Wee Man for another round of pranks, stunts and injuries and has become the best-reviewed in the series.

Playing on 3,604 screens in North America, “Jackass Forever” is on the lower end of “Jackass” openings, above only the first, which made $22.8 million in its opening weekend in 2002.

The biggest opening of the series was the last one, “Jackass 3D’s” $50 million debut in 2010. But, costing only $10 million to produce, “Jackass Forever” is already a clear success for Paramount.

The studio was predicting a launch in the mid-teens.