Janet Jackson said Michael, who was accused of sexually abusing children, 'would never do something like that' - MyJoyOnline.com

Janet Jackson said Michael, who was accused of sexually abusing children, ‘would never do something like that’ 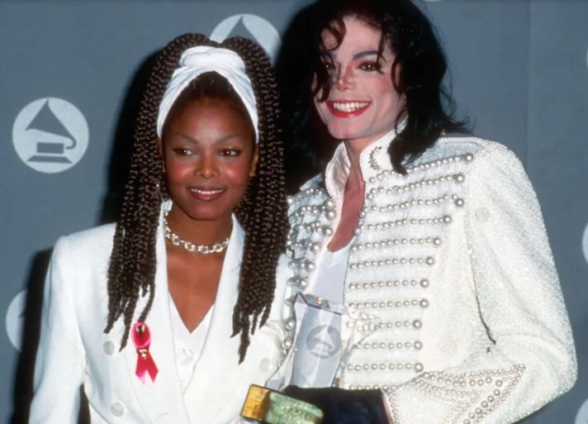 Janet Jackson defended her late brother, Michael Jackson, against child sexual abuse allegations that followed throughout the singer’s life and career in her new documentary.

“Janet Jackson.,” a four-part Lifetime and A&E docuseries, invites fans into the singer’s life with never-before-seen footage of the making of her most iconic songs, such as “Rhythm Nation” and “Scream,” along with the making of her tours. It also details very personal moments in Janet’s life.

Janet opened up about how the child sexual abuse allegations that surfaced against her brother in 1993 affected her life and career in the documentary. In fact, Janet revealed in the docuseries that she lost out on an endorsement deal with the Coca-Cola company after the allegations made headlines.

“My brother would never do something like that but I’m still guilty by association,” she said after an interviewer asked how the allegations affected her life.

In 1993, the Los Angeles Times reported that Michael was being investigated for allegedly molesting four boys, which he denied when he was alive (Michael died in 2009). However, the family of a 13-year-boy who accused Michael of sexual abuse filed a lawsuit against the singer, which he later settled. “As part of the settlement, the singer denied any “wrongful acts,” NPR reported.

Allegations of sexual abuse continued throughout Michael’s career, and he was charged in 2003 for several counts of child molestation, CNN reported at the time. After pleading not guilty, he was acquitted on all charges in 2005.

In her documentary, which aired over two nights throughout the weekend, Janet said she “never” believed the allegations against her brother.

“I know my brother. He didn’t have that in him,” she said, adding that the family “stayed at his ranch” to let Michael know they supported him.

Janet said, in the doc, that the genesis of their hit 1995 collaboration “Scream,” was because she wanted to support her brother during that time.

“I just knew I wanted to be there for him, to support him as much as I possibly could,” she added in the documentary. “I think he needed the support that I was trying to give him with this song.”