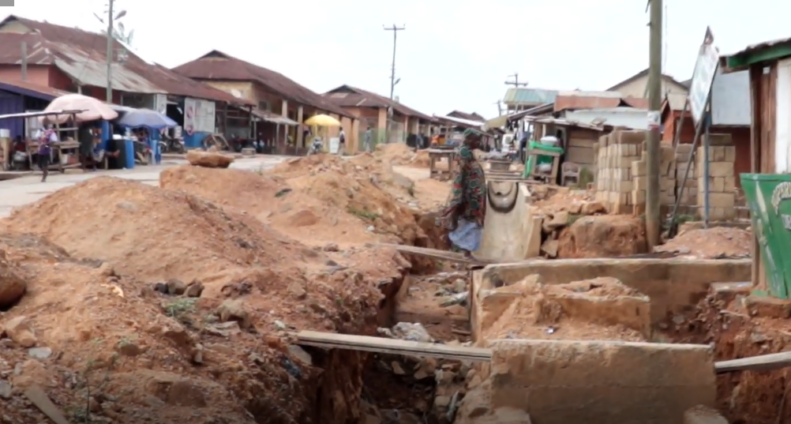 Some residents of Jasikan are calling on the Akufo-Addo-led administration to complete the construction of some town roads in the Oti Region.

Speaking with JoyNews’ correspondent Peter Senoo, the residents stated that construction on the road which commenced in October 2020 was stopped just before the general elections in December.

They also lamented on some economic and social constraints they face as a result of the uncompleted roads.

According to them, the building materials have been abandoned at the site, hindering traffic into the main town.

“We are competing with cars and motorbikes when we want to cross the road. They stopped the work a month before we held the elections. We are now looking for persons to take away these gravels and sand. We cannot get vehicles to offload their iron rods.

“They sometimes have to offload and hire people to carry the goods down here which is an extra cost to us. We are now finding it difficult to sell these iron rods. They come for the rods in bits rather than in bulk,” they added.

In addition, the residents indicated that some lives have been lost from these road accidents.

According to the report by Peter Senoo, some unidentified youth blocked the usable path of the road with stones to express their displeasure on government’s failure to complete the roads.

Speaking on the matter, District Chief Executive of Jasikan, Lawrence Kwame Aziale said such actions cannot be condoned despite the grievances of the community.

He stated: “The project is under Urban Roads. I have so much discomfort with those debris by the road side. What we can do is to persuade those doing the work to come and get this thing done.

“But while leadership is doing that those hooligans put themselves together and blocked the little passage. Is that what we do?,” he questioned.

Meanwhile, the residents of Jasikan have called on the government to ensure that the uncompleted town road is addressed in order to save the lives and livelihoods of the many persons in the region.