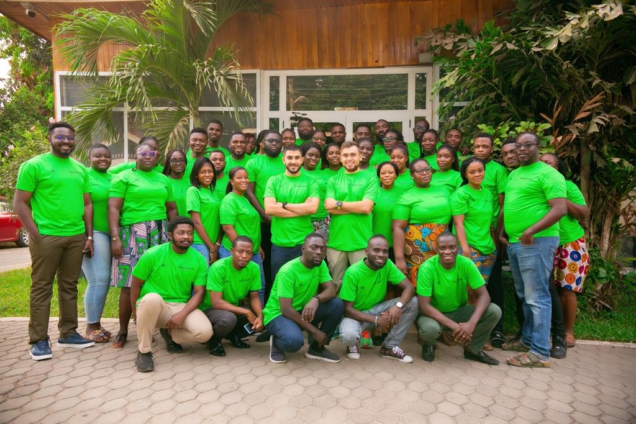 This was announced on Monday, January 31, 2022. Jiji already holds leadership positions in Ghana and Kenya. Additionally, the marketplace operates in Uganda and Tanzania, with some 12 million users making up a monthly active base among all geographies.

Jiji and Tonaton users will now have access to a larger network of buyers and sellers, which will significantly increase trading opportunity and aggregate user base in what is seen as a major market consolidation in the classifieds sector.

The company did not disclose the amount for the transaction. Jiji app is the number one application by downloads in the Shopping category on the Google Play Store in Nigeria and is currently the highest-rated e-commerce app in the country.

Tonaton, a subsidiary of Saltside, was Jiji’s main competitor in Ghana at the time of its purchase earlier this month.

However, Tonaton has quickly grown in popularity thanks to innovations that make it easier for users to buy and sell online, a strategy aligned with Jiji’s mission.

As a result, both Jiji’s and Tonaton’s apps are consistently ranked as the top shopping apps in the Google Play Store in the countries where they operate.

With Jiji’s move to a large-scale presence in the African continent, and following its acquisition of OLX in 2019 and its recent acquisition of Cars45 in 2021, the deal sees the company well-positioned to tap into a larger share of the African market.

On the current trend drawn by Jiji, CEO and Co-founder, Anton Volianskyi explained that “with OLX and Cars45 under Jiji’s umbrella, we are getting close to becoming a regional leader in classifieds. Jiji is the largest e-commerce company in Africa by GMV (more than $10 billion), leading in small to high-involvement key categories such as cars and real estate. We hold the rank of the best app in e-commerce proudly with a rating of 4.5/5, a gauge of satisfaction from our millions and millions of daily users. The picture is much larger.”

Jiji said it aims to reduce the unemployment gap in Africa.

“Our goal is to build a company that gives every user in Africa the opportunity to buy goods cheaper and reduce environmental impact through what is effectively a developing lateral economy built on a safe and productive recirculation of valuable goods. We are currently creating at full-tilt hundreds of thousands of new jobs throughout Africa, which allows us to effectively address and help remedy gaps in both unemployment and frictional unemployment.”

Jiji’s Director of African Operations, Yuliy Shenfeld, noted that the acquisition of Tonaton will contribute to the company’s future growth.

“Jiji achieved great success with only a limited presence in Ghana; more than 2 million people visit our website each month. The combination of Jiji’s technology and talent with that of Tonaton will help ensure our continued success in the fast-paced e-commerce industry,” he said.

The diversification of its portfolio of services and regions has been a consistent theme for Jiji. With the deep penetration of Tonaton in the Ghanaian classifieds sector as the go-to platform and factoring in its leading position in Ghana’s transactional used auto market, Jiji has carefully secured a reliable base towards streamlining their services to a projected (SSA) market of 400 million-plus users – a market in which it currently sits as the indisputable leader in several key countries such as Nigeria, Ghana, Kenya, and Uganda, amounting to over $10 billion in gross merchandise value.

Jiji is a leading online marketplace in Africa co-founded by Anton Volianskyi and Vladimir Mnogoletniy. With operations across five countries, the platform attracts over 12 million unique users monthly that engage with over 4million ads with a total value of over $10 billion. Jiji is currently among the most downloaded and highest-rated apps in African e-commerce.