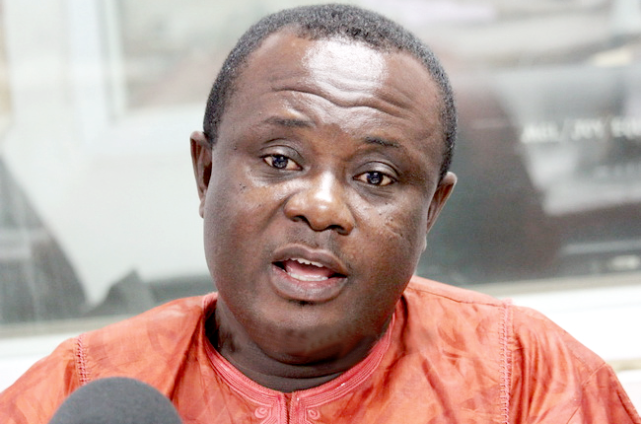 First Deputy Speaker of Parliament and the Member of Parliament for Bekwai, Joseph Osei-Owusu, says loans contracted by the NPP administration are mostly used in paying off loans with higher interest rates.

The current government is said to have amassed the biggest amount of loans in Ghana’s history.

Critics of the Nana Akuffo-Addo administration, particularly the National Democratic Congress, have demanded answers to what the loans were used for.

Speaking on Nhyira FM’s morning show ‘Kro Yi Mu Nsem’, Joseph Osei-Owusu explained “every loan is accompanied with a project, except loans to repay accumulated debt by the country. The country would be in debt with12% interest rate, we could take a loan with interest of 9% to repay the 12% interest loan so the country’s debt stock doesn’t rise high”.

NDC flagbearer, John Mahama has demanded the government accounts for projects undertaken after accumulating the highest debt in the nation’s history.

“What have you done with GH¢157 billion? If you ask me to render accounts of what I used the GH¢56 billion loan I contracted for, I have a chain of projects in the system to mention,” John Mahama said.

According to Joe Wise, work has already started to transform the nation’s railway infrastructure.

He argues every loan taken by the government has a project attached which is either completed or under construction.

“Apart from that, each loan is attached to a project which is evident. A lot of investment has been done in our railway project. You’ll marvel at the work ongoing on the railway lines from Tema to Akosombo,” he said.

DISCLAIMER: The Views, Comments, Opinions, Contributions and Statements made by Readers and Contributors on this platform do not necessarily represent the views or policy of Multimedia Group Limited.
Tags:
Contracts
Joseph Osei Owusu
Loans
NPP