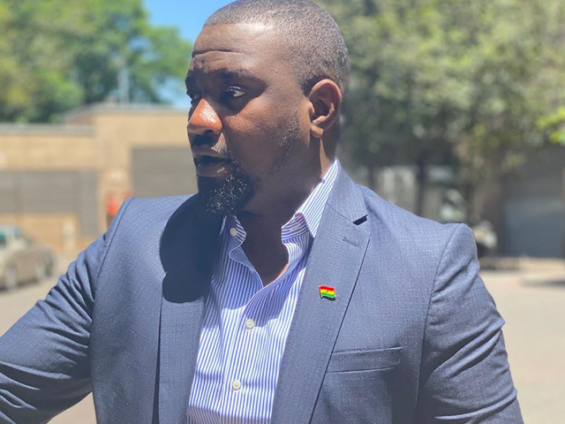 The Parliamentary candidate for the National Democratic Congress (NDC) at Ayawaso West Wuogon has accused the Member of Parliament of orchestrating the physical abuse and attacks on his members.

John Dumelo in a statement alleged that police personnel at the various registration centres have often looked on whilst NDC members are assaulted.

He, therefore, cautioned that since the security agents have failed to act despite the numerous complaints to them, they will resort to alternative relieves to ensure that his party members are protected from ‘thuggery and hooliganism’.

A campaign spokesperson for the NDC parliamentary aspirant Benjamin Avornyotse told JoyNews that their members monitoring the activities on the University of Ghana campus have been attacked twice in the space of two weeks.

“We have reported to the police but we seem not to be getting any response or action,” he said.

According to him, the development is unfortunate considering the negative narrative of the recent history underpinning electoral processes in the Ayawaso West Wuogon Constituency.

In January 2019, there was violence at the Ayawaso West Wuogon by-election after masked armed men disrupted the by-election process by firing shots.

DISCLAIMER: The Views, Comments, Opinions, Contributions and Statements made by Readers and Contributors on this platform do not necessarily represent the views or policy of Multimedia Group Limited.
Tags:
Ayawaso West Wuogon
John Dumelo
Lydia Alhassan