Hundreds of letters and photographs that tell the story of Pope John Paul II's close relationship with a married woman, which lasted more than 30 years, have been shown to the BBC.

The letters to Polish-born American philosopher Anna-Teresa Tymieniecka had been kept away from public view in the National Library of Poland for years.

The documents reveal a rarely seen side of the pontiff, who died in 2005.

There is no suggestion the Pope broke his vow of celibacy.

The friendship began in 1973 when Ms Tymieniecka contacted the future Pope, Cardinal Karol Wojtyla, then Archbishop of Krakow, about a book on philosophy that he had written.

The then 50-year-old travelled from the US to Poland to discuss the work. 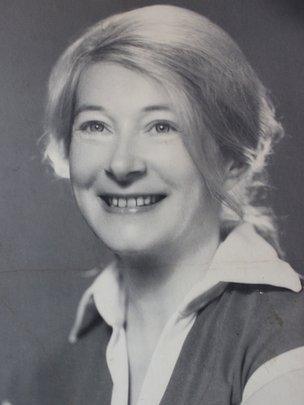 Shortly afterwards, the pair began to correspond. At first the cardinal's letters were formal, but as their friendship grew, they become more intimate.

The pair decided to work on an expanded version of the cardinal's book, The Acting Person. They met many times – sometimes with his secretary present, sometimes alone – and corresponded frequently.

In 1974, he wrote that he was re-reading four of Ms Tymienkiecka's letters written in one month because they were "so meaningful and deeply personal".

Photographs which have never been seen before by the public reveal Karol Wojtyla at his most relaxed. He invited Ms Tymienkiecka to join him on country walks and skiing holidays – she even joined him on a group camping trip. The pictures also show her visiting him at the Vatican.

"Here is one of the handful of transcendentally great figures in public life in the 20th Century, the head of the Catholic Church, in an intense relationship with an attractive woman," says Eamon Duffy, Professor of the History of Christianity at Cambridge University.

In 1976, Cardinal Wojtyla attended a Catholic conference in the US. Ms Tymienkiecka invited him to stay with her family at their country home in New England.

She appeared to have revealed intense feelings for him because his letters immediately afterwards suggest a man struggling to make sense of their friendship in Christian terms.

In one, dated September 1976, he writes: "My dear Teresa, I have received all three letters. You write about being torn apart, but I could find no answer to these words."

He describes her as a "gift from God".

Marsha Malinowski, a rare manuscripts dealer who negotiated the sale of the letters, says she believes Ms Tymienkiecka fell in love with Cardinal Wojtyla in the early days of their relationship. "I think that it's completely reflected in the correspondence," she told the BBC.

The letters reveal that Cardinal Wojtyla gave Ms Tymienkiecka one of his most treasured possessions, an item known as a scapular – a small devotional necklace worn around the shoulders.

In a letter dated 10 September 1976 he wrote: "Already last year I was looking for an answer to these words, 'I belong to you', and finally, before leaving Poland, I found a way – a scapular. The dimension in which I accept and feel you everywhere in all kinds of situations, when you are close, and when you are far away."

After becoming Pope he wrote: "I am writing after the event, so that the correspondence between us should continue. I promise I will remember everything at this new stage of my journey."

Cardinal Wojtyla had a number of female friends, including Wanda Poltawska, a psychiatrist with whom he also corresponded for decades.

But his letters to Ms Tymienkiecka are at times more intensely emotional, sometimes wrestling with the meaning of their relationship.

The process of saint-making is usually long and very costly, but John Paul II was fast-tracked to sainthood in just nine years.

Normally the Vatican asks to see all public and private writings when considering a candidate for sainthood, but the BBC has not been able to confirm whether the letters were seen.

The Congregation for the Causes of Saints said it is up to individual Catholics to decide whether to send in documents.

"All our duties were done," it told the BBC in a statement. "All private documents, sent by faithful as a response to the edict, and documents found in important archives were studied."

The National Library of Poland disputes that this was a unique relationship. It says it was one of many warm friendships the Pope enjoyed throughout his life.