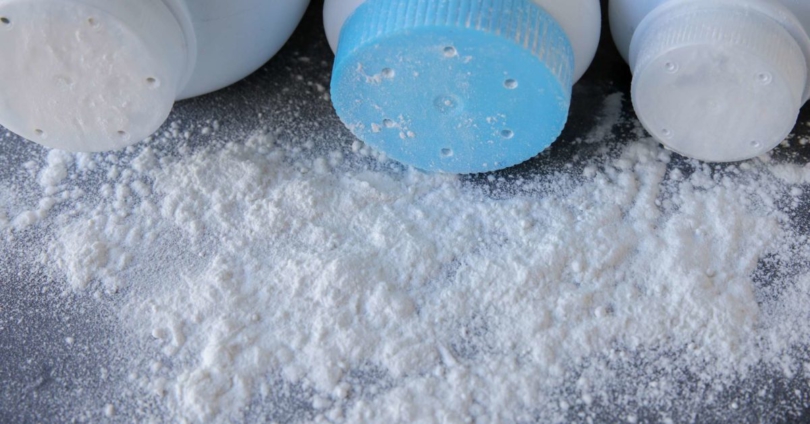 Newly unearthed documents are perhaps even more damning, showing how the company worked with a notorious university dermatologist who experimented on largely Black incarcerated people in a prison outside of Philadelphia.

Beginning in 1951, University of Pennsylvania dermatologist Albert Kligman experimented on hundreds of inmates at Massachusetts’s Holmesburg Prison for entitues ranging from Dow Chemical to the US government, as well as J&J, Bloomberg reports.

In such experiments, where incarcerated people were paid anywhere between $10 and $300, prisoners were injected with the potentially carcinogenic asbestos to compare its effect on the skin with talc, the major ingredient in J&J baby powder.

New information about the J&J experiments, which came to light last year in court proceedings, could influence future lawsuits against the consumer products giant.

‘It has faced nearly a decade of lawsuits accusing it of causing cancer via alleged asbestos in its talcum powder, and the asbestos experiments could suggest the company knew there was asbestos in its baby powder.

J&J has long maintained it didn’t put asbestos, identified as a carcinogen in the 1950s, in its talcum powder. It withdrew the product from market in 2020.

“We deeply regret the conditions under which these studies were conducted, and in no way do they reflect the values or practices we employ today,” Kim Montagnino, a company spokeswoman, told Bloomberg.

Since 2013, the company has paid out over $3.5bn in talcum settlements and spent another $1bn on legal defence.

Last year, in response to the avalanche of lawsuits, it created a separate cosmetics unit and sent it into bankruptcy, which could potentially end more than 40,000 pending cancer cases against it.

Adrianne D Jones-Alston, whose father Leodus Jones was one of the experimentees, has denounced the research on “incarcerated people Dr Kligman treated like lab rats, whose lives and families were harmed even as they were major contributors to the pharmaceutical world after Kligman developed and Penn collected royalties for Retin-A/Renova.”

“Trust in medicine is vital as world leaders keep pushing the COVID vaccines,” she wrote last year in the Philadelphia Inquirer. “We have to come to common ground so that we can heal. Dr Kligman’s experiments are a prime example of why Black communities ‘don’t trust.’”

The university has apologised for the controversial research, which ended in 1974 after a public apology.

“Penn Medicine apologizes for the pain Dr Kligman’s work caused to incarcerated individuals, their families, and our broader community,” the dean of the university’s medical school said last year.

But families and activists say the school hasn’t gone far enough and owes the mostly African-American families tied to the experiments reparations.

“Penn must publicly acknowledge the names of the people whose lives they exploited in this instance and others in the name of ‘scientific research,’” activists wrote in a petition calling for reparations.

“It’s time to stop obfuscating and instead confront the racism built into the very fabric of scientific disciplines and institutions of higher learning.”

DISCLAIMER: The Views, Comments, Opinions, Contributions and Statements made by Readers and Contributors on this platform do not necessarily represent the views or policy of Multimedia Group Limited.
Tags:
Johnson and Johnson
Talcum powder