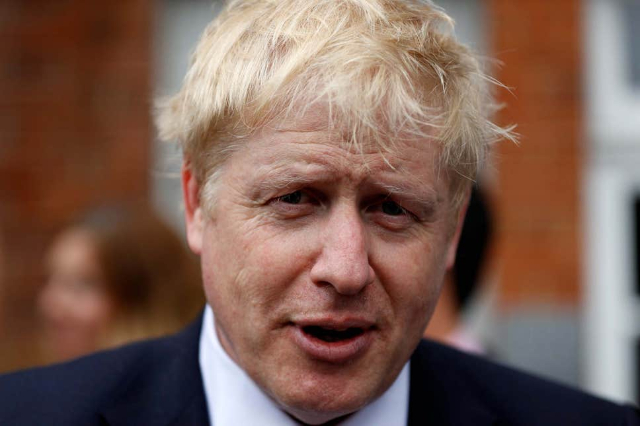 Boris Johnson has insisted he "deplores any threats to anybody, particularly female MPs", after he described one MP's safety concerns as "humbug".

The PM also said that "tempers need to come down" in Parliament.

It follows a stormy debate as MPs returned to Parliament after a Supreme Court decision that the suspension of Parliament was unlawful.

Mr Johnson defended his description of a law seeking to block a no-deal Brexit as "the surrender bill".

The law, known as the Benn bill, forces the government to ask for an extension to the Brexit deadline.

During a number of interviews with BBC political editors, the PM argued it would "take away the power of the government… to decide how long it would remain in the EU".

Speaking to the BBC political editor for the North West of England, Nina Warhurst, the prime minister said: "I totally deplore any threats to anybody, particularly female MPs, and a lot of work is being done to stop that and give people the security that they need.

"But I do think in the House of Commons it is important I should be able to talk about the surrender bill, the surrender act, in the way that I did."