Joseph Cudjoe: Reorganising and restructuring of Ghana’s economy – What the younger generation should be taught 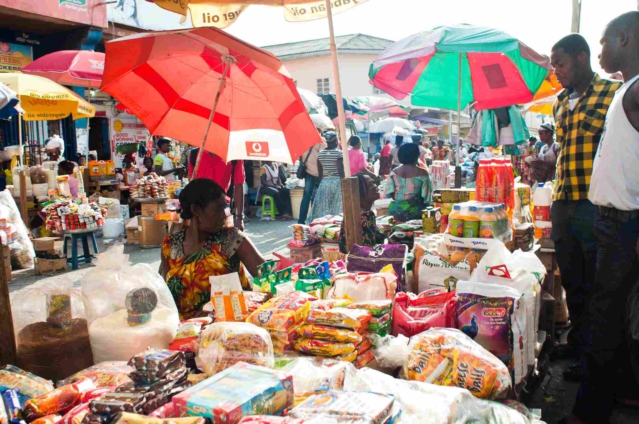 For the past three to four days, I’ve had intense engagements with my ‘A’-Level classmates on our WhatsApp platform. It’s been an interesting and productive interaction.

I learnt that what we were taught in primary and elementary school is what we continue to believe in, despite real world evidence pointing to the contrary.

The question below came up from the engagements:

How can we export gold, bauxite, manganese, coal, timber, oil etc and continue to find ourselves in this difficult economic situation?

Do not expect a country that cuts and sells big trees in the 21st century to be a rich country. Cutting and selling trees called timber, from natural forest, is primitive.

Note that the country that buys the trees (timber) and processes them into wood products and sell to the primitive economy will be the rich country.

Don’t expect a country that scoops a type clay from the ground and sell in the 21st Century to be rich.

The country that buys the clay and refines it into alumina and then to Aluminium and produce Aluminium products from it will be the rich country and the one that exports the “mere clay,” called bauxite, will remain poor.

A country that digs the ground and looks for a certain type of rock that bears gold and then uses poisonous chemicals like cyanide, arsenic and mercury to search for unrefined gold and sell it is doing a primitive job.

The country that buys the unrefined gold, refines it, assays it, and produces high valued jewels or uses the gold as reserves to back its currency will be the rich country. The one doing the primitive job of mining the gold will perpetually be poor.

A country that doesn’t have its own capital to risk and explore for its own crude oil and when it finds one, appraise it by itself and finance the development of the crude oil production facilities, produce and sell will be the poor one.

On the contrary, the country that can raise that risk capital which is used to search for oil and can also raise the capital required for developing the production facilities will be a richer country than the country which merely has the crude oil under the sea/ground but cannot bring it out by itself.

Manganese is also a type of rock we mine and sell primitively just like we were doing during Guggisburg’s time in the 1920s. Manganese is used to produce a variety of important alloys and to deoxidize steel and as desulfurizer.

It is also used in dry cell batteries. Further, Manganese is also used as a black-brown pigment in paints. Of all these industrial uses of manganese, we do not carry out a single one here as a country. If you ask even tertiary students in Ghana the uses of manganese, they wouldn’t even know. Meanwhile, primitively, we still dig the grounds for the rock and sell and expect to be rich. This is Unfortunate.

A country that clears the bush, plants a tree, waits for three years or more for the tree to bear fruits and then go through a laborious series of tasks to crack the pods, dry the beans, bag the beans and haul them to the ports to sell to other countries to process them in few days and  sell at higher values, is just doing a primitive economic activity. You can’t expect to be rich.

Unfortunately, we expect to be a rich country from our primitive economic activities. Your cedi will continue to fall ‘saaaa’ until you understand what President Nana Addo Dankwa Akufo-Addo is doing through the Alan driven 1D1F programme and Vice President Bawumia driven Ghana Card and Digitalization programme to solve pretty much the unemployment and frequent country-broke, frequent IMF, and the weak cedi we have always had, robustly and “permanently”.

Our education system and our old economists should stop teaching “we export this, we export that” and all that primitive economic stuff and psyche all of us to move in the direction of high value economic activities like factory production, service deliveries and technological innovations and deployment.

I’m personally sick and tired of hearing “we export this, we export” that when the exports are just clay, rocks, metals, beans, and some crude liquid.

This is what we should use the over 500 FM stations in Ghana to teach ourselves and deploy or educational facilities to achieve. Mindset changing time is here.

Thanks for the question!

The author is MP for Effia Constituency and Minister for Public Enterprises.