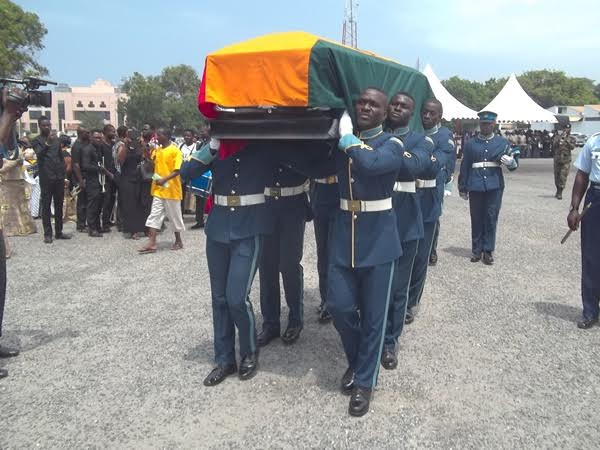 Continuing our review for the year in the world of sports, we turn our attention to the sporting heroes we unfortunately lost in year. Joy Sports pays tribute to these gallant heroes.

In 1960, he became the first African to play in Germany. C.K Gyamfi also coached Ghana to three of the four African Cup titles it has won.

The former Black Stars coach was given a state burial and laid to rest in late December.

CLICK HERE FOR OUR PHOTO STORY OF HIS FUNERAL

Another coaching legend who died in 2015 was Cecil Jones Attuquayefio. CLICK HERE FOR OUR STORY OF HIS PASSING & OBIT.

Attuquayefio led Hearts of Oak to win the African Champions League in 2000 and is credited for the grooming of the likes of Asamoah Gyan, Michael Essien and Kwadwo Asamoah.

Jones died aged 70 in Accra and just like CK Gyamfi was given a befitting state burial. CLICK HERE FOR OUR PHOTO STORY & ACCOUNT OF THE EVENT Former Black Stars player, George Arthur also died in June. He played for BA United, Asante Kotoko and Al Alhy of Egypt. He was laid to rest in September.

The death of Ghanaian cyclist, Samuel Anim shook the cycling fraternity to the core. Samuel was involved in an accident in August while in Aburi training to represent Ghana ahead of the All Africa Games in Congo Brazzaville.