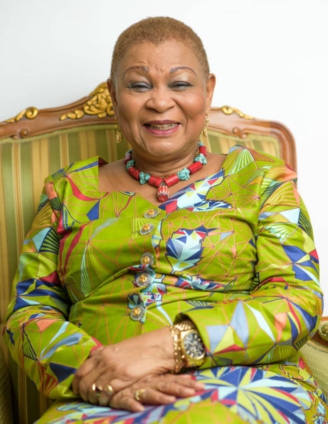 Reverend Dr. Joyce Rosalind Aryee and Irene Naa Torshie Lartey will receive the prestigious honour of Lifetime Achievement and Exceptional Woman in Politics & Governance Awards respectively at the maiden edition of the InstinctWomen Awards to be held in Accra.

A statement issued by the organisers noted that Dr. Joyce Aryee deserves recognition for having stimulated significant innovation and steered leadership positions as a politician, public servant and business executive dealing with a wide range of issues including environmental protection and public relations since 1982.

The statement added that, Irene Naa Torshie Lartey has contribution immensely to Ghana’s development through years of selfless and dedicated service in the political and governance space, both in the executive and as a member of parliament hence ought to be celebrated.

The award is also in recognition of Dr. Aryee’s contribution. She is currently the Executive Director of Salt and Light Ministries. Formerly, she was the Chief Executive Officer of the Ghana Chamber of Mines and the first woman to head an African Chamber of Mines.

The awards which will be honouring C-Level women executives, outstanding business entrepreneurs and C-Level Public Servants is organized by Africa’s premium B2B media & events specialist, InstinctWave, and supported by the Ministry of Gender and Children Affairs is meant to celebrate the achievements of women in business, finance, sports, entertainment, media, arts & culture, philanthropic and visionary fields in Africa.

The event according to the organisers would crown the efforts of women who have worked to become game-changers, pioneers and status quo challengers across the continent.

According to the Chief Executive Officer, Akin Naphtal, “there is an increased critical mass of women’s visibility as impressive role models in every aspect of life. And as such the celebration of successful and outstanding women can never be overemphasized.”