Joyce Blessing's 'drunk' video was not meant for me - Husband clarifies - MyJoyOnline.com 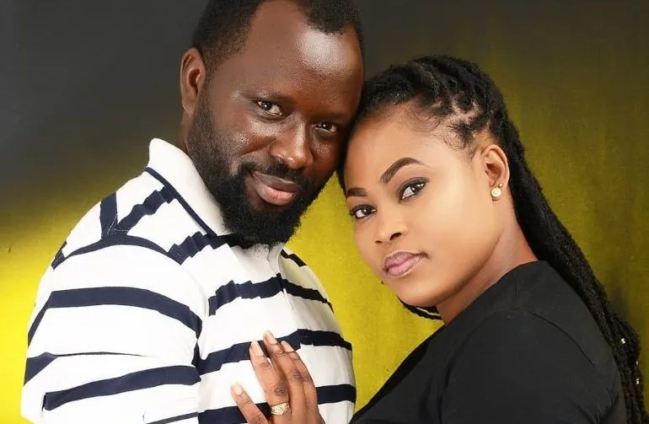 The husband of Joyce Blessing, popularly known as Dave Joy, has dismissed claims that the gospel musician was addressing him in a video that has gone viral.

In the video, the Adam Nana hitmaker was seen drinking while professing her love for a man she called Kwame.

Although the musician’s Management has stated that the video was meant for her husband, Dave Joy has come out to deny, adding that his name is Kwabena Adu Gyamfi, not Kwame.

He added that at the time, he and the singer had not yet separated as she still wore her wedding ring.

In a video shared on his Instagram page, Dave Joy stated that this is a past issue and he would have loved to not comment.

However, he believes it is best for him to distance himself from it because despite the claims by Joyce’s Management, the video was not meant for him.

The singer was seemingly drunk and professing her love for a man she called Kwame.

Nana Agradaa claimed the video is proof that the singer was cheating on her husband. She also called on all gospel musicians to distance themselves from Joyce Blessing.

But responding to the video, the singer’s Management called on the general public to ignore the video.

They noted that it is an old video of the musician addressing her husband, despite Nana Agradaa’s allegations.

“It is obvious that the intent of the circulation is to destroy her reputation. Management and her legal team have initiated investigations into this matter and the culprits shall certainly be held responsible.”

Dave Joy said but for their children, he may have gone along with the Management’s press statement.

He also, noted that although they are separated, they are not yet divorced.

He explained that their respective families are yet to perform the needed customary rites to formally call off the marriage and they are still in court seeking a divorce.