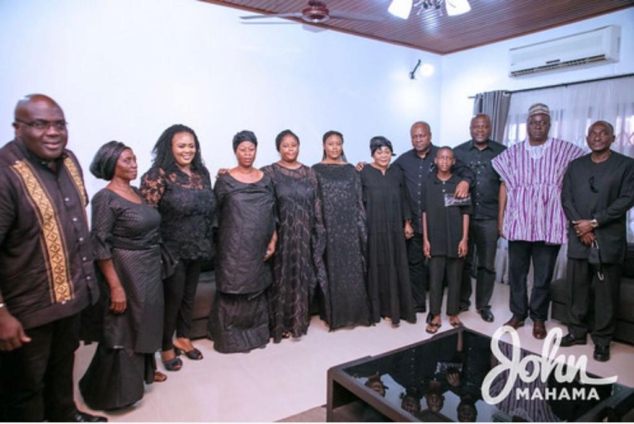 Former Chief of Staff, Julius Debrah and family are billed to bury their late brother, Isaac Kwabena Nkansah Debrah this Saturday, 3rd September 2022 at the Gethsemane Cemetery in East Legon.

Before the interment, the family is scheduled to host a pre-burial service at the Opportunities Industrialization Center (OIC), also at East Legon.

According to the program line up, the service will be officiated by Prophet Kofi Oduro of the Alabaster Ministries International.

A durbar of chiefs, statesmen and mourners is expected to take place at the precincts of OIC, soon after the pre-burial service, ushering in the official funeral service, according to Akan custom.

The bereaved former Chief of Staff has not been seen at public functions since the passing of his younger brother, but has been widely reported to be receiving commiserations from loved ones and well wishers.

Former President John Dramani Mahama and his wife, Lordina Mahama, are among the many statesmen, businessmen and national figures that have visited the Debrah family in the past one month.

Business mogul, Ibrahim Mahama of Engineers and Planners and Gyata Cement fame, and the other Mahama brothers, Peter and Alfred, joined their sister to accompany their brother the former President to the Debrah family house at Dome Pillar 2 to express their condolences.

Besides the Mahamas, many NDC and NPP politicians joined processions to sympathize with Julius Debrah and his family.

Sportsmen like former WBC Super-heavyweight champion, ‘Barimah’ Azumah Nelson, former Captain of the Black Stars, Stephen ‘Tornado’ Appiah and others have visited the family to mourn with them.

The late Isaac Kwabena Nkansah Debrah, popularly known as ‘Cambodia’ died at the 37 Military Hospital on 29th July, 2022 after a short illness.

He is survived by a wife, two daughters and a son, named Julius Debrah Junior.

DISCLAIMER: The Views, Comments, Opinions, Contributions and Statements made by Readers and Contributors on this platform do not necessarily represent the views or policy of Multimedia Group Limited.
Tags:
John Mahama
Julius Debrah