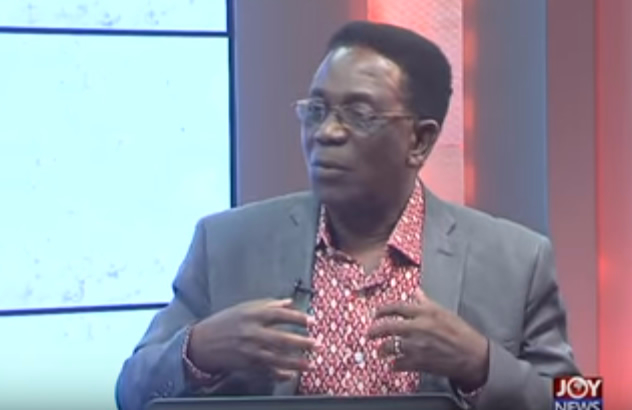 Many of the June 4, 1979 accounts presented to the National Reconciliation Commission in 2003 were fabricated.

That is the claim by Professor Kwesi Yankah, who is presently the minister of state in charge of Tertiary education but who was a newspaper columnist during the period of the 1979 uprising.

The June 4, 1979 uprising is a mutiny by Junior Army officers against the Supreme Military Council (II) led by General IK Acheampong.

On June 4, Major Boakye Djan broke into military cells and released flight Lt Jerry John Rawlings who had been arrested for an attempted takeover on May 15 1979.

Together with Mr Rawlings they announced a political takeover.

“Let the blood flow” the public chanted as they accused the military heads of state of widespread corruption.

It was a difficult moment in the country’s political history.

With a sermon to introduce probity and accountability in Ghana’s political culture, the Armed Forces Revolutionary Council was formed with Mr Rawlings as the leader.

He handed over to a democratically elected government led by Dr Hilla Limann in September 1979 only to return to government in in 1981.

In 2003, a National Reconciliation Commission was instituted by the Kufuor led administration to heal the wounds of the citizens and to appease those who have been affected by the many incidents of political takeovers.

After 14-years Prof Kwasi Yankah is suggesting many of the stories told during the hearings of the National Reconciliation Commission were either half-truths or outright lies.

He was named by one of the witnesses as a spy to the PNDC, a claim he vehemently denied.

“In their written statement to the Commission two would-be witnesses sought to implicate my good self. They said one Kwasi Yankah of Legon, apparently a security eye is he who had hinted of their imminent arrest by the PNDC.”

But at a programme to launch his new book, “Missing Pages of June 4” Prof Yankah said the claims were false.

“In truth I have absolutely no idea about those allegations. Not only were the names of the witnesses unknown to me. I was not even in the country at the time that was cited by them," he stated.

He said the Secretariat rubbished the claim by the witnesses after it conducted its own independent investigation.

Even more intriguing, Prof Yankah noted were missing gaps in the tales of June as narrated by some of the witnesses.

“Listening through the Commission’s proceedings, I thought there were several missing gaps about June 4.

Having kept quiet for years, Prof Yankah believes his book will provide useful information on what happened during the June 4 uprising.