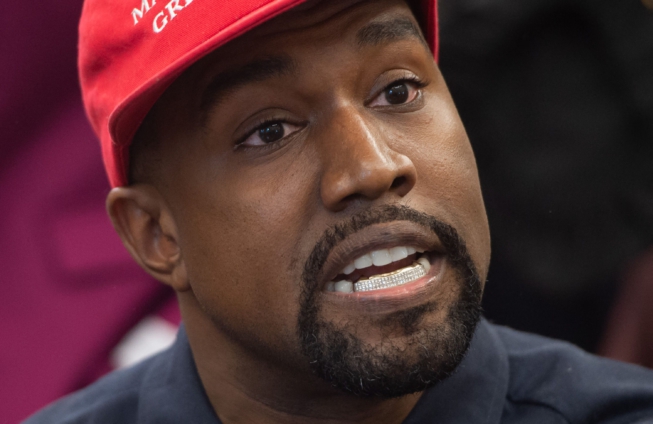 The rapper Ye praised Adolf Hitler and Nazis in an interview Thursday with far-right provocateur Alex Jones, drawing a fresh round of condemnation for his incendiary antisemitism a week after he dined with former president Donald Trump alongside white nationalist Nick Fuentes.

“I like Hitler,” a fully masked Ye told Jones. Minutes later, the rapper said, “I love Jewish people, but I also love Nazis.”

Jones laughed and quickly added, “Well, I have to disagree with that.”

Ye’s comments prompted sharp denunciations from across the political spectrum, including from some onetime supporters of the rapper, formerly known as Kanye West.

A spokesman for Trump did not respond to a request for comment about Thursday’s show. Shortly after the Infowars segment ended, Ye’s Twitter account began retweeting posts about the “craziest interview in modern history.”

In a statement from the Republican Jewish Coalition, Chairman Norm Coleman, a former senator from Minnesota, and chief executive Matt Brooks called Jones, West and Fuentes “a disgusting triumvirate of conspiracy theorists, Holocaust deniers, and antisemites.”

“Conservatives who have mistakenly indulged Kanye West must make it clear that he is a pariah,” Coleman said. “Enough is enough.”

Rep. Ashley Hinson (R-Iowa) condemned the comments in a tweet Thursday. “Kanye West’s anti-Semitic comments today were disgusting,” she said. “His pattern of anti-Semitic behavior is unacceptable and I condemn it in the strongest possible terms. We must call out this hateful rhetoric and root out anti-Semitism wherever it rears its ugly head.”

The conversation with Jones focused on the Nov. 23 dinner Ye and Fuentes had with Trump, which occurred one week after Trump had announced another run for president. The interview underscored Trump’s long-running ties to, and refusal to fully denounce, public figures known for spreading hate speech and baseless conspiracy claims.

Ye lost billions of dollars in deals with an array of businesses in recent months after his comments about Jewish people and Nazis.

This also wasn’t the first time Ye appeared masked in public — he wore a bizarre, human-like mask last year for a meeting with former Trump lawyer Michael Cohen.His appearance Thursday also harked back to his then-wife Kim Kardashian attending the 2021 Met Gala in New York in a head-to-toe black ensemble.

In the days after news of the dinner emerged, top Republican officials throughout the country, to varying degrees, criticized Trump for dining with two of the country’s most high-profile antisemites. Trump claimed he did not know of Ye’s and Fuentes’s public statements about Jewish people. According to advisers who spoke on the condition of anonymity to discuss confidential conversations with him, Trump thought the controversy would blow over.

“I think it’s dying down,” they recalled Trump saying.

Ye’s interview and its fallout paint a different picture.

During Thursday’s show, Jones told Ye, “You’re not a Nazi” and “You don’t deserve to be called that and demonized.”

“Well,” he replied, “I see good things about Hitler.”

Rabbi Rick Jacobs, president of the Union for Reform Judaism — one of the largest denominations of Jewish people in North America — said in an interview with The Washington Post that Trump’s dinner with Ye and Fuentes “gave them a credibility that should have been unimaginable.”

The dinner also elevated antisemitism “to the highest echelon of political life,” Jacobs said. After reading excerpts of Jones’s show Thursday, Jacobs added, “I never imagined this would be the day-to-day reality of our world.”

Anti-Defamation League CEO Jonathan Greenblatt, whose group combats extremism, wrote on Twitter that the latest comments attributed to Ye and his association with “a white supremacist” make Ye “a vicious antisemite.” His comments Thursday, Greenblatt wrote, “put Jews in danger.”

In response to Jones’s show, the U.S. Holocaust Memorial Museum wrote on Twitter that Hitler and the Nazis were “responsible for the mass murder of 6 million Jews and millions of other victims.” The message also included a link to the group’s Holocaust Encyclopedia page on Hitler and the words, “Learn the history.”

Jones appeared to revel in the attention his guests were bringing to his show. “I’m the crazy one here,” Jones said. “We’re all crazy. The whole world is crazy. And the whole power structure is coming down.”

DISCLAIMER: The Views, Comments, Opinions, Contributions and Statements made by Readers and Contributors on this platform do not necessarily represent the views or policy of Multimedia Group Limited.
Tags:
Adolf Hitler
Donald Trump
Kanye West
Nick Fuentes