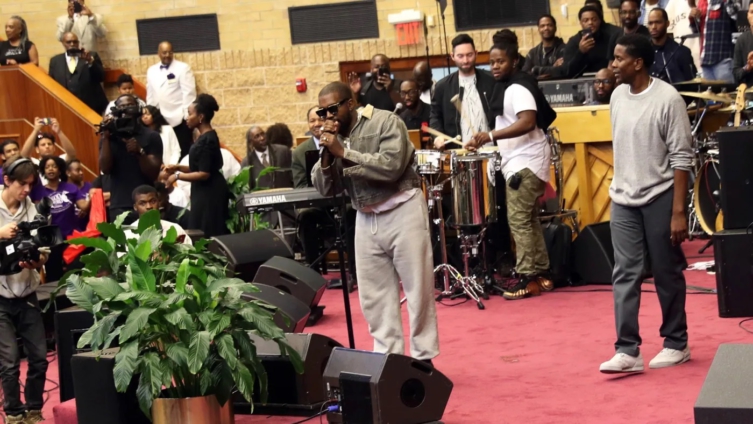 Earlier this week, Donda Academy announced it will auditions for its gospel choir on behalf of Sunday Service-a worship music group Ye started in January 2019.

The choir, led by Jason White, has performed alongside Kanye at Sunday Service events across the country, and even assisted his stage productions and musical records.

Months after the Sunday Service launched, White spoke to Rolling Stone about his role as choir director as well as the team’s overall mission.

“To share the love of Christ throughout the nation, throughout the world, that others would believe in Jesus,” he said. “We’re a singing collective. We have implemented the Word […] The word is coming forth. Our goal is to win souls for Christ.”

The Donda Academy gospel choir auditions will take place from 3-7 p.m. PT Friday and 9 a.m.-1 p.m. Saturday at Eighty Eighty Studios, 11105 Weddington St. North Hollywood, California. The auditions will be for the 2022-2023 academic year, and are open to students between second and 12th grades.

You can learn more about the auditions, including how to sign up, at Donda Academy’s newly launched website.

Ye announced Donda Academy in 2021, with the goal of “finding the intersection between faith and the innovation of the future,” as well as “equipping students with an education that will last in the ever-changing world.”

The private school, located in Simi Valley, has also published its curriculum online; daily classes include core subjects, like reading, math, and science, as well as enrichment courses, including film, world language, and parkour.