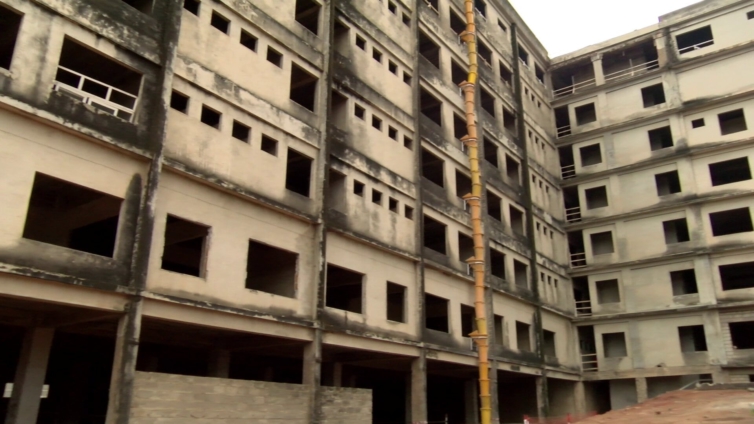 The completion of the Maternity Block at the Komfo Anokye Teaching Hospital (KATH) in Kumasi will be delayed by approximately six months.

This is due to structural defects identified by Contracta Construction UK, contractors in charge of the project.

The reconstruction of the Maternity Block which was revived by government 40 years after being abandoned came about after a series of media reports and a JoyNews documentary by Seth Kwame Boateng titled “Next to Die”.

The documentary focused on the plight of mothers and babies in the Ashanti region’s only referral centre, KATH.

The project was expected to have been completed within a 36-month period, however, the project contractors say that is unlikely, as the damage caused by its neglect is rather extensive.

Speaking to JoyNews the Project Manager, Jorge Tarars Tavars said: “The resistance of the concrete, the rusting of the steel and some elements that are not constructed as the designs show [are to blame]. The solution we have presented will add six months to the completion of the project.”

However, the contractors are unable to confirm whether an additional cost will be incurred by the government.

This information came to light when the Ashanti Regional Minister, Simon Osei Mensah visited the project site as part of his working visit to several government projects in the region on Monday.

The completion of the maternity block is being funded with €155 million secured through the Deutsche Bank, Germany and the UK Export Finance.

The 750-bed facility will serve as a referral centre for 12 of Ghana’s 16 regions.

In includes an Out Patient Department, an Obstetrics Unit, 10 operating theatres, lecture halls among others.

“It will be better to do it and do it well. Go ahead and do what is right, if we have to extend the completion period for a good job to be done, we will,” he said.

The Minister also visited the project site for phase 2 of the redevelopment of the Kumasi Central Market Project.

It was discovered that there had been some delays due to Covid-19.

Nonetheless, contractors were at the piling stage, with an order placed for the main steel structure. The contractors so far have about 50 per cent of the site secured for construction to commence but due to the pandemic, some of their workers are yet to report for duty.

The Kumasi Airport project was his next stop.

The project, which is also being undertaken by Contracta Construction UK, was found to be progressing in earnest, in spite of the challenges brought on by the pandemic.

“We are at a level of 52 per cent for phase 2 and 3. Most of the products [for construction] are offshore items which have been affected by the pandemic but the contractor has managed to complete some ancillary works”, said Nana Ametepeh, Resident Consultant, ADK Consortium.

The Regional Minister also inspected some roads under the 100 km road projects in Kumasi.

Authorities said contractors are now in four Metropolitan Municipal and Districts assemblies across the city.