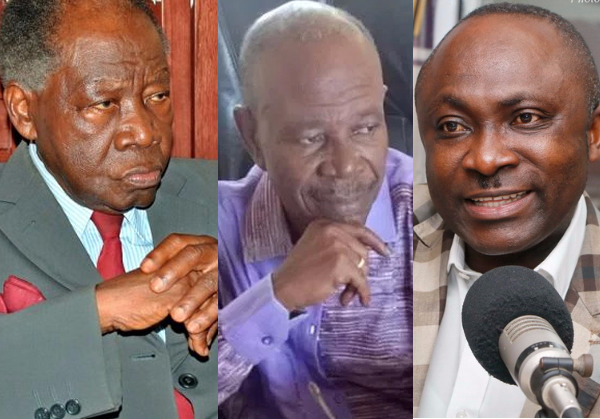 Retired Ghanaian diplomat, Dr KB Asante says comment made by the country’s High Commissioner to South Africa was not only “nonsense” but “rubbish.”

He said George Ayisi-Boateng should have considered his status as a representative of Ghanaians, before spewing those words.

In an interview with Joy News Wednesday, the educationist has implored President Nana Akufo-Addo to act swiftly on the matter.

“The President need not make a statement…he needs to act on the issue and show that ambassadors are not in office to promote the interest of party members,” the longest-serving diplomat said.

Mr Ayisi-Boateng has been widely criticised for saying he will prioritise the needs of supporters of the governing New Patriotic Party (NPP) over others.

He told some NPP youth at a meeting in Kumasi in the Ashanti Region over the weekend, the past administration did same and he will do that.

But sections of Ghanaians have described his comment as divisive, urging the President to dismiss him.

Minority Spokesperson on Foreign Affairs, Samuel Okudzeto Ablakwa asked the diplomat to resign or be sacked for his comment.

“This dangerous envoy must jump or be pushed,” the North Tongu MP said.

He told Gifty Andoh Appiah on Joy FM’s Top Story Mr Ayisi-Boateng had the opportunity to apologise but he was “belligerent.”

“To the extent that he has been intransigent, the President has to recall him,” Mr Ablakwa said.

But Dr KB Asante said it will be inappropriate for the diplomat to be sacked by the President.

“Ambassadors don’t step down. He should be removed and send to another place [because] we have so many embassies,” he said.

The educationist said Mr Ayisi-Boateng's comment has presented the country with an opportunity to thoroughly discuss the role of government appointees.

Although it is the role of government to appoint Ministers, Dr Asante said appointees are not there to do the bidding of the party in power but rather the country.

“It has always been wrong to think that political parties form the government in this country and until we come to that understanding [nothing will change],” he said.

Asked if the diplomat has to resign for his comment, the legal practitioner said that remains the "personal decision" of Mr Ayisi-Boateng.