Keep your investment with government, it’s the safest – Prof Quartey 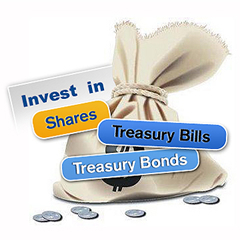 The Director of the Institute of Statistical, Social and Economic Research (ISSER), Professor Peter Quartey, has encouraged Ghanaians and investors to continue to keep their investments in Government securities.

Government securities, including Treasury Bills and Bonds, are debt issuances used to fund daily operations and projects of government, which guarantee the full repayment of invested principal at the maturity date and interests.

Prof Quartey’s advice comes amid speculations and fears in the economy as the International Monetary Fund (IMF) conducts a Debt Sustainability Analysis of Ghana for the Fund’s support programme.

The loan facility is to support the Government’s homegrown economic programme, which is aimed at ensuring macroeconomic stability and resilience to lessen hardship in the country.

In an interview with the Ghana News Agency on the sidelines of the launch of the 31st edition of the State of Ghana Economy Report, Prof Quartey said there was no need for investors to withdraw from any government securities.

The report looked at developments in the economy, including fiscal development, financial and monetary sector, international trade and payments, agricultural sector, industrial sector, services and an optional section on inequalities.

Prof Quartey assured investors that their funds were safe with the Government amid the ongoing hardship and said that: “Despite the rise in interest rates, we’re recording a negative real return.”

“So, if you have an investment in treasury bills or bonds, I’m not saying you should go and withdraw because holding government security is one of the safest investments,” he said.

The Development Economist emphasised that every investment had its own risk, but it was safer to keep investments safely in government securities despite the negative real interest rate now.

“Governments come and go, but governance is a continuity; so, your money is safe with the government. Even when we had the financial sector clean-up, the majority had their money. So, I’ll not urge anybody to take out their money to invest in other things,” Prof Quartey said.

He was confident the cocoa syndicated loan would help shore up forex and bring appreciable stability, while the start of the IMF programme would also give some assurance to investors with relative stability by the first quarter of 2023.

That, he said would help restore confidence in the economy, and called for intensified public education through regular updates on measures taken by the government to address the current economic challenges.

Prof Quartey asked the Government to be fiscally disciplined by reducing expenditure, including reducing the number of ministers and government functionaries.

He also urged the Government to embark on aggressive revenue mobilisation efforts through property rates, government fees, reintroduction of the toll tax collection in addition e-pass system and reduce the e-levy rate to 0.5 per cent.

The Development Economist underscored the need for structural change in the Ghanaian economy through enhanced investment in the agriculture value chain and supporting the manufacturing sector to add value to produce for export.

He said the current economic situation was due to several factors, including the financial sector clean-up, energy sector levy, COVID-19, the Russia-Ukraine war, and excessive spending during the 2020 elections.

The president, Nana Addo Dankwa Akufo-Addo, on Tuesday, engaged sector players on the state of the economy and IMF negotiations and said the start of the programme with the Fund would give a positive outlook on the economy soon.

The President engaged with the leadership of the Association of Ghana Industries (AGI), Ghana Association of Banks, Ghana Private Road Transport Union (GPRTU), and private transport operators at the Jubilee House.

DISCLAIMER: The Views, Comments, Opinions, Contributions and Statements made by Readers and Contributors on this platform do not necessarily represent the views or policy of Multimedia Group Limited.
Tags:
Professor Peter Quartey
Treasury Bills