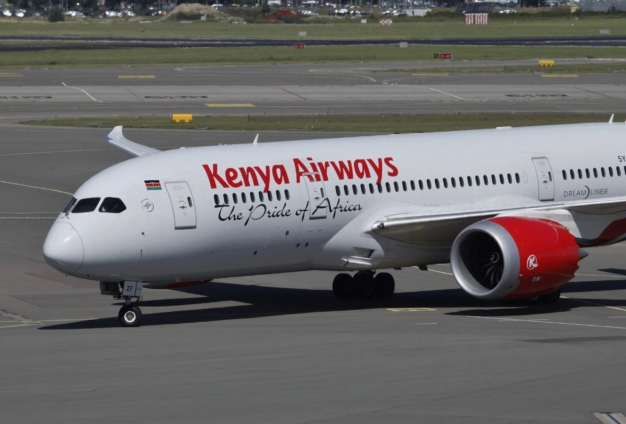 Kenya’s national airline has told the BBC the amount of money it is trying to repatriate from Ethiopia, Malawi and Nigeria is $28m (£24m).

Kenya Airways Chief Executive Allan Kilavuka made the disclosure a day after the airline reported a loss of $82m in the first half of 2022.

It is among the airlines unable to withdraw their earnings from the three African countries because of a foreign currency crisis.

Foreign airlines are required to sell their services using local currency, which is later converted to US dollars and repatriated to the airline’s home country.

This has not happened because of a shortage of foreign currency, proving a significant setback to the operations of Kenya Airways, which has been unprofitable in recent years.

Plans to return to profitability have been heavily dependent on funding from the Kenyan government – one of its major shareholders.

The airline says it is relying on diplomatic talks led by the Kenyan authorities for the funds in Ethiopia, Malawi and Nigeria to be released.

The International Air Transport Association (Iata) says up to $1bn is owed to airlines across Africa, which poses yet another risk to the aviation industry already hit by the Covid-19 pandemic.

DISCLAIMER: The Views, Comments, Opinions, Contributions and Statements made by Readers and Contributors on this platform do not necessarily represent the views or policy of Multimedia Group Limited.
Tags:
Kenya Airways