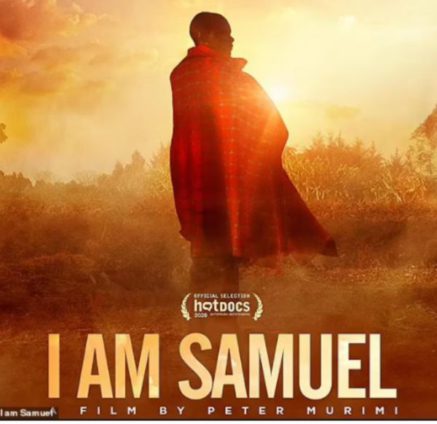 The producers of a Kenyan film about the life of a gay couple have branded a ban on it “unfortunate”.

I am Samuel was filmed over five years, and charts the relationship of Sam and his boyfriend Alex against a backdrop of violence and discrimination.

The film was banned by the classification board because it promoted same-sex marriage which goes against legislation in Kenya outlawing homosexuality.

“It is unfortunate that a film that so clearly depicts the life of a normal Kenyan man would be restricted in Kenya. The film shows that life and its struggles are truly the same for all of us, regardless of our sexuality,” film producer Toni Kamau wrote in a statement.

The film director Peter Murimi said the events “will allow Kenyans to have constructive dialogue about LGBTQ rights in Kenya”.

The board said that the film was an “affront” to the constitution “which recognises the family as the basic unit of society and defines marriage as between two persons of the opposite gender”.

I am Samuel is the second gay-themed film to be banned in Kenya. In 2018, cinemas were forbidden from showing Rafiki, which focused on a lesbian love story.