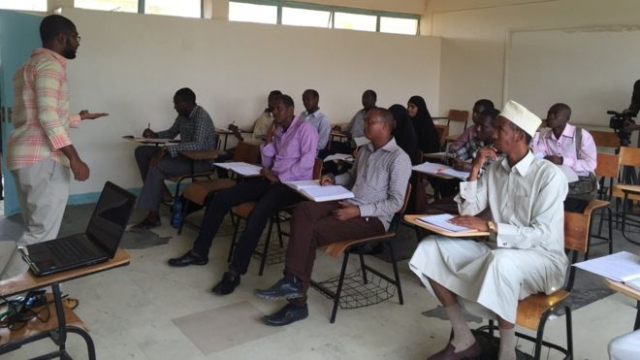 Teaching has resumed at the Kenyan university where 148 students died in a gun attack last April but only a few students have turned up for its reopening.

Security has been tightened at Garissa University College nine months after the attack by militant Islamist group al-Shabab.

But it appears that many students have stayed away.

Last year's attack was the deadliest so far by the Somali-based group in Kenya.

Staff reported to work last week to get the campus in north-east Kenya ready.

It has been closed since the attack and at the time some 650 students were offered places at a sister campus in Eldoret, western Kenya, to continue their studies.

They were not expected to return to Garissa but the authorities are hoping to attract a new cohort of students.

"I have the memories of lost friends, the environment gives me flashbacks… but life must go on."

Only about a dozen students arrived and attended a business management class, including Shamsi Abdi Barre.

She told the BBC that though she is happy the university has reopened, she has "a lot of memories of lost friends [and] the environment gives me a lot of flashbacks".

The BBC's Angela Ngendo in Garissa says that those who turned up were third-year students who worked in the local area.

They told her they wanted to complete their classes so they could graduate.

Student Lovender Moseti has decided not to go back.

She told the AP news agency that she did not want to "remember everything that happened" and said she "would not be comfortable" returning despite the strengthened security. 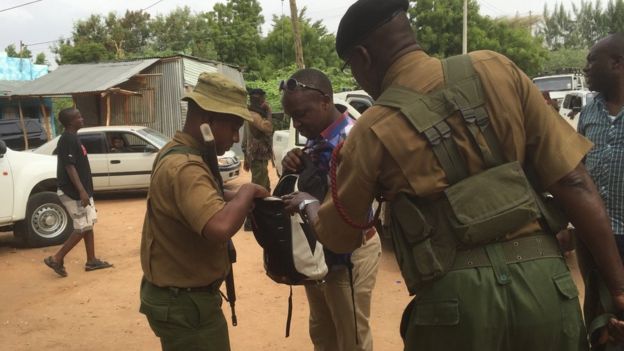 Security was tightened ahead of the reopening of the campus

The university authorities say that they expect more students to come for the beginning of the academic year in September.

Al-Shabab has launched several attacks on Kenya, saying they are in revenge for Kenya's decision to send troops to Somalia, where they are helping government forces against the al-Qaeda affiliated group.