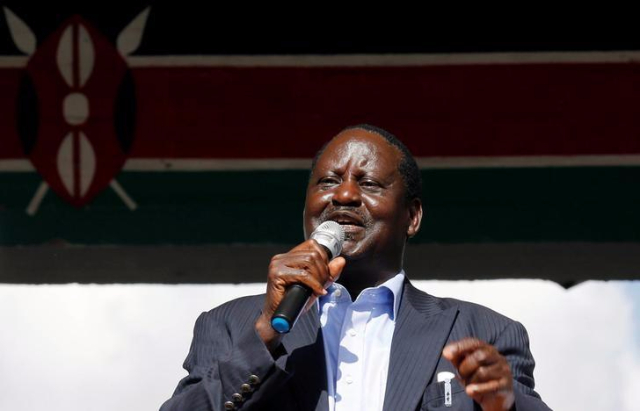 Speaking at a church service in Nairobi, Odinga said his party would not share power with "thieves".

Incumbent Uhuru Kenyatta similarly said a day earlier that his Jubilee party would not share power with the opposition, while also lashing out at Supreme Court judges.

"Who even elected you? Were you? We have a problem and we must fix it," he said Saturday, speaking on live television at State House in Nairobi.

Kenya's Supreme Court nullified the results of the election due to “irregularities and illegalities” committed by the electoral board during the vote, which the court said harmed the integrity of the election.

Kenya's constitution says fresh elections must be held within 60 days.

Since Election Day, the National Super Alliance, or NASA, opposition coalition has argued the voting system was hacked, leading to a "stolen election."