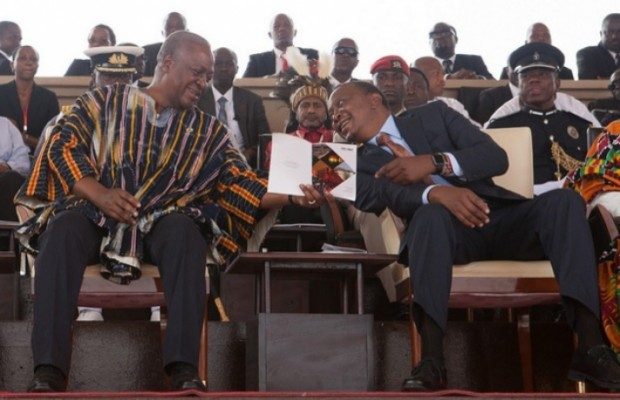 The Observer Missions that called Kenya's election free and fair have become a laughing stock in the country after a historic Supreme Court decision that annulled the results.

Kenyan journalist Rosaline Bala of the Standard Group said one of the judges called into question the composition of observer groups and its leading personalities.

There was also the International Conference of the Great Lakes Region (ICGLR) headed by General Hassan Bushra of Sudan while Former President John Mahama headed the Commonwealth Observer Mission.

All the missions called the elections free and fair.

Their testimonies were used by lawyers for Uhuru Kenyatta during the election petition in which his arch rival Raila Odinga called for an annulment.

In a historic judgement Friday, the Supreme Court of Kenya has ordered a re-run in 60 days.

Speaking on Joy News, Rosaline Bala said the opposition camp of Raila Odinga feels justified in their view that President John Mahama's close friendship with Kenya President Kenyatta makes him unfit for the post as head of the mission.

"He shouldn't have been given the duty to lead observer mission," the journalist conveyed some sentiments from Kenya.

Former President Mahama and Kenya President share a friendship that has proven enduring. Uhuru Kenyatta was the Special guest of honour at Ghana's 59th Independence Day Celebration in 2016.