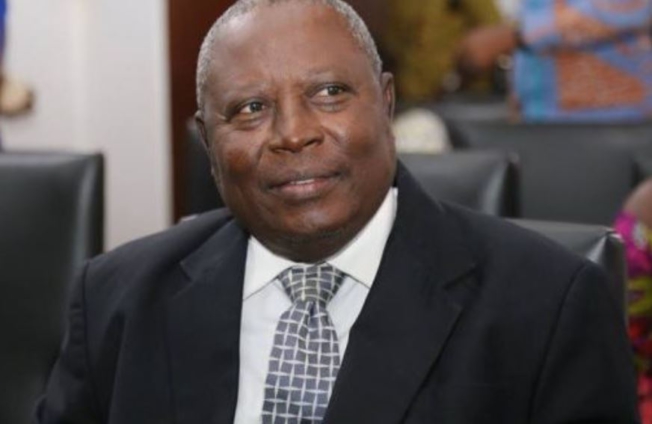 “He [Martin Amidu] had everything he needed to do the work – and nobody has everything perfectly – he opted to go the way he went and left the office.  We now have Mr. Kissi Agyebeng there; Kissi has done more than Mr. Amidu did.

“Mr. Amidu should not be sniping at him, making such commentary. We all make commentary, we all criticize, we all say what we have to say. But you and I and everybody else should be careful not to make Martin into somebody who will be running commentary and then we will sit back and then be analyzing what Mr. Agyebeng is doing because of what Martin Amidu is saying. I absolutely will not join that bandwagon,” Kofi Bentil said on JoyNews’ PM Express.

His comment follows a recent commentary on the investigation of the Special Prosecutor into the Labianca company by Martin Amidu.

Reacting to the report, Mr Amidu said the Labianca report is hollow, without mandate and unconstitutional.

However, reacting to the former Special Prosecutor’s assertions, Kofi Bentil stated that while Kissi Agyebeng is yet to make any major breakthrough in prosecuting corrupt elements within and outside the government, forcing him to tow the line Martin Amidu did would be the wrong option.

“Mr. Kissi Agyebeng is a lawyer of significant repute and specifically a criminal law expert, so I don’t think that anybody should be sitting down and running commentary when he hasn’t even finished his work. He’s on a course, he hasn’t finished,” he said.

He added, “We are all saying this is a good start. I just mentioned that it is early days yet for us to be hailing him, we’re happy because he has achieved something. He just started so why should Mr. Martin Amidu be running all this commentary? What he’s doing constitutes sniping.

“I urge Mr. Agyebeng to focus and none of us should go on an analyses of what Mr. Martin Amidu is saying because we’ll be wasting our breath. Let us see what we can do to make progress. I think Mr. Agyebeng is making progress.”

He stated that Kissi Agyebeng should be given sufficient time to do what he can to bring culprits to book following which he would either be hailed or criticized for the work he has done.

But till then, “I don’t think we should allow the persons of Mr. Amidu and others who were given full opportunity and refused to do the job to come and run commentary on what other people are doing.”

DISCLAIMER: The Views, Comments, Opinions, Contributions and Statements made by Readers and Contributors on this platform do not necessarily represent the views or policy of Multimedia Group Limited.
Tags:
Kissi Agyebeng
Kofi Bentil
Martin Amidu